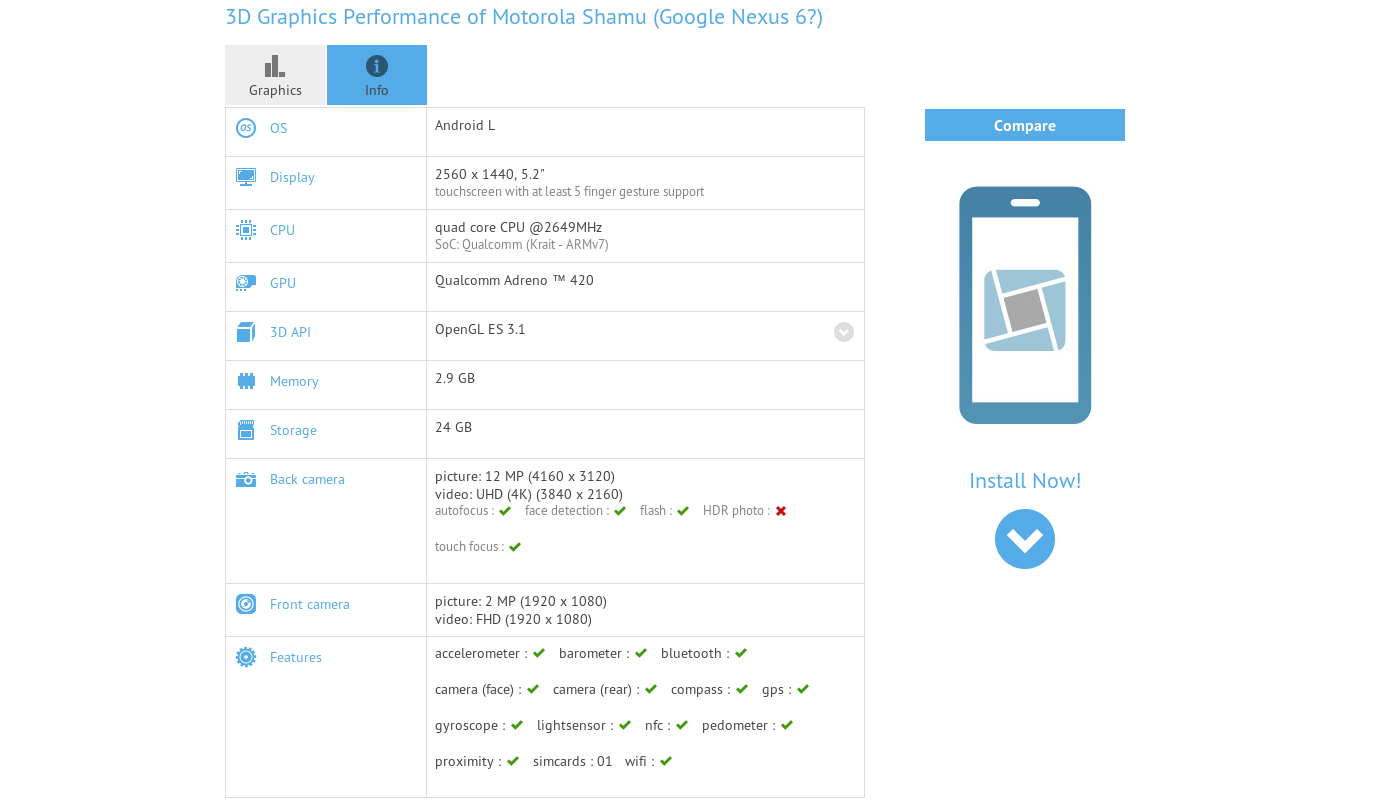 It’s a new day and we’ve got new specifications for the rumored Nexus 6 from Motorola. Known, for now, under its code name of “Shamu”, the smartphone figures to be a more powerful experience than previously expected.

According to a newly discovered GFXBench database listing, the Motorola Shamu could boast a 5.2-inch Quad HD (1440px) display, a 2.6GHz quad-core Qualcomm Snapdragon 805 processor, and 3GB RAM. The rear camera is listed at 12-megapixels with 4K (Ultra HD) video recording while the front-facing camera is alleged to be 2-megapixels. Considerably more powerful than the stuff from yesterday, the Shamu should include 32GB internal storage.

To no surprise, the smartphone figures to run Android L, the latest version of Android. We should expect that whatever device becomes the so-called Nexus 6 would run this release.

As to when we’ll see this phone announced remains unclear. Reportedly, Google might look to debut this device along with a Nexus 8 tablet from HTC some time in September. The time frame makes sense and falls in line with previous Nexus and Android releases.