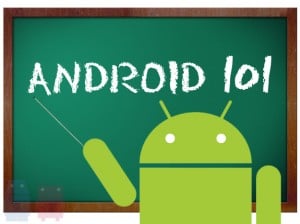 Okay, so this probably should have been Newbtorial edition number one, but not unlike most people who are engrossed in fanaticism over their favorite game, band, book, or you name it, I took for granted that most people know what Android is.

How inconceivable that there could be some one out there who has not been made aware of this revolutionary game changer in the mobile communications world! At least that’s how I used to think. Imagine my surprise when I had a conversation with my own mother of all people and she asks me, “So what is Android? Is it the phone or a service? What exactly is it?”

Well for those of you who don’t know or aren’t exactly sure about what Android is, this one is for you. At some point we all had to learn and as far as I am concerned, the more people who know the better off we will be. Hopefully this article will give you a general overview and better sense of what Android is and the impact that it is having on the mobile communications industry.

So let’s start out by just saying straight up what Android is, and then we can get into the nitty-gritty of when, who, why, and what it means. All the time I see new comers get confused when all the terminology gets thrown around.

So what is Android?

Android is an open source operating system built on Linux that can run on an array of electronic devices.

WHAAAAAAA?!?!?! Â If that sentence was still too tech oriented for your particular taste, let’s break the sentence down and find out what it all means.

What is an operating system (OS)? Â Think of the PC you own, something on your PC has to act as a go-between from you to the hardware. Â That “something” is what is called an OS. Â So what does it do? Â Typically an OS manages the resources of the hardware, helps to coordinate the activities launched by applications, and in general manages the operations of the hardware.

It is probably a safe bet to assume that on your PC you run the Microsoft Windows OS (some iteration of it anyways)… well think of Android as Windows for your cell phone. (I understand that this is a rudimentary comparison, but if it helps you to visualize the purpose of the Android OS, then great)

On to the next term, Linux. Let’s not get technical here. For our purposes understand that Linux is the coding used to create the OS. It is a widely used and accepted form of code that is easy to modify and distribute.

Next let’s tackle what “open source” means. You could get a better sense of the word by simply renaming it to: non-proprietary. Although, this is a rough way to look at “open source” since it truly goes beyond that. In terms of something like Android, what open source means is that the source code used to created the Android OS is free and available to anyone to take and modify, expand upon, and develop off of. Open source is a crucial element to development in the fact that increases the rate of innovation and provides an environment in which developers, manufacturers, and businesses can reduce cost.

So now that we have gone over the terms let’s look at that initial statement again: Android is an open source operating system built on Linux that can run on an array of electronic devices.

Make more sense? Â Great, stay tuned for part 2 of this article that will talk about some history behind Android, why it came about, and why it’s important.