With the Moto Z2 just around the corner, Motorola is working on bringing out into the world some seriously awesome, new Moto Mods. The company has invited thirteen teams including the grand winners of the Indiegogo “Transform the Smartphone Challenge” and other regional heckathons to spend time in Chicago.

During this time, the teams pitched their ideas to a panel board made out of Motorola, Lenovo Capital and Verizon executives, asking for advice and feedback. Lenovo Capital selected two teams for a chance to win up to $1 million in investment and eventual distribution by Verizon. 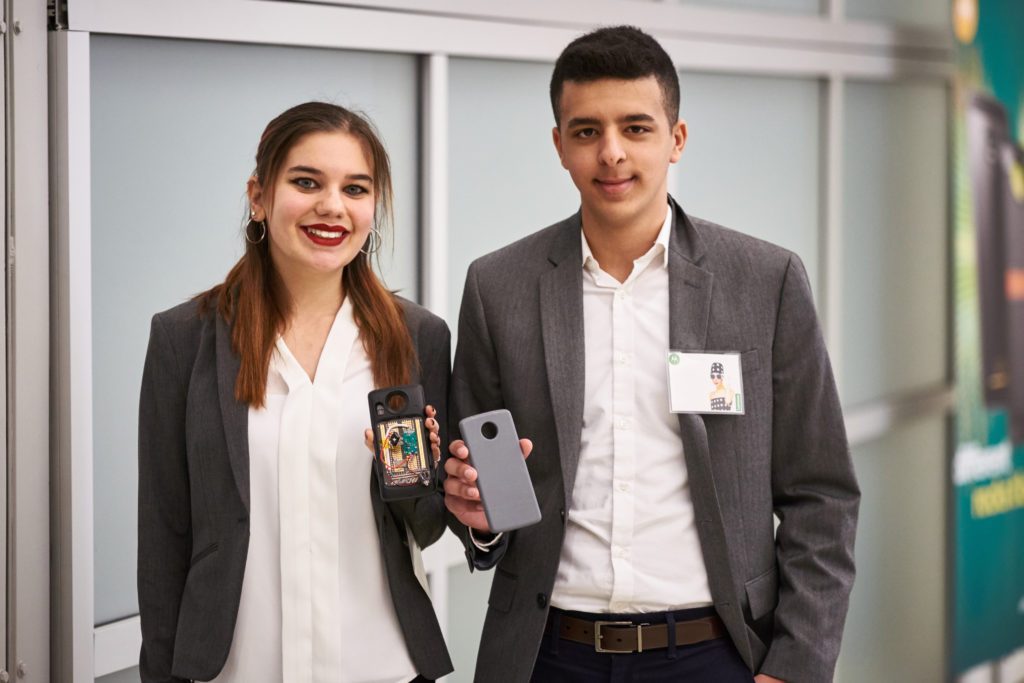 The winning projects include the Digiframe – a Mod which puts a widget-based sticky note screen on the back of your Moto Z. This additional display then shows important info like weather forecasts, traffic updates or calendar reminders without the user needing to open any apps on their phone. Since it’s magnetic, users ca put the sticky note screen and leave notes for themselves or their roommates. 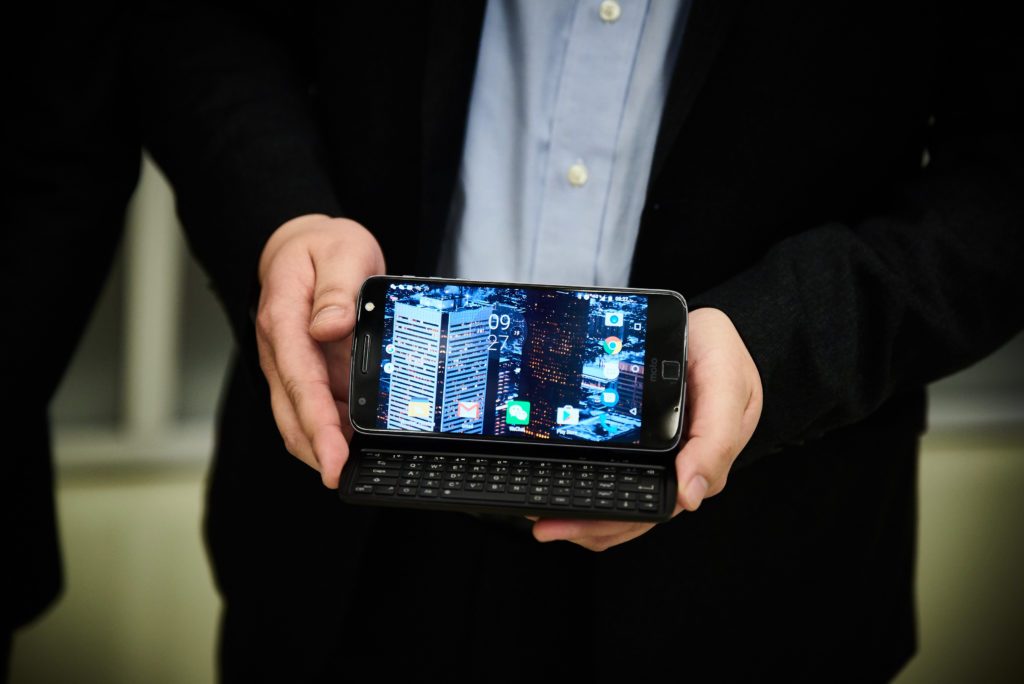 The second selected project is the MACAY TrueSound HiFi which adds an audio converter on the Moto Z. The Mod is able can convert digital-to-analog and analog-to-digital signals and also allows users to connect their high-end speakers and pro studio equipment via a HiDef audio port.

Runner up projects include a wireless charging mod, the slider keyboard mod that got so many people excited, an edge-notification mod and a solar-charger that you can strap to your phone. 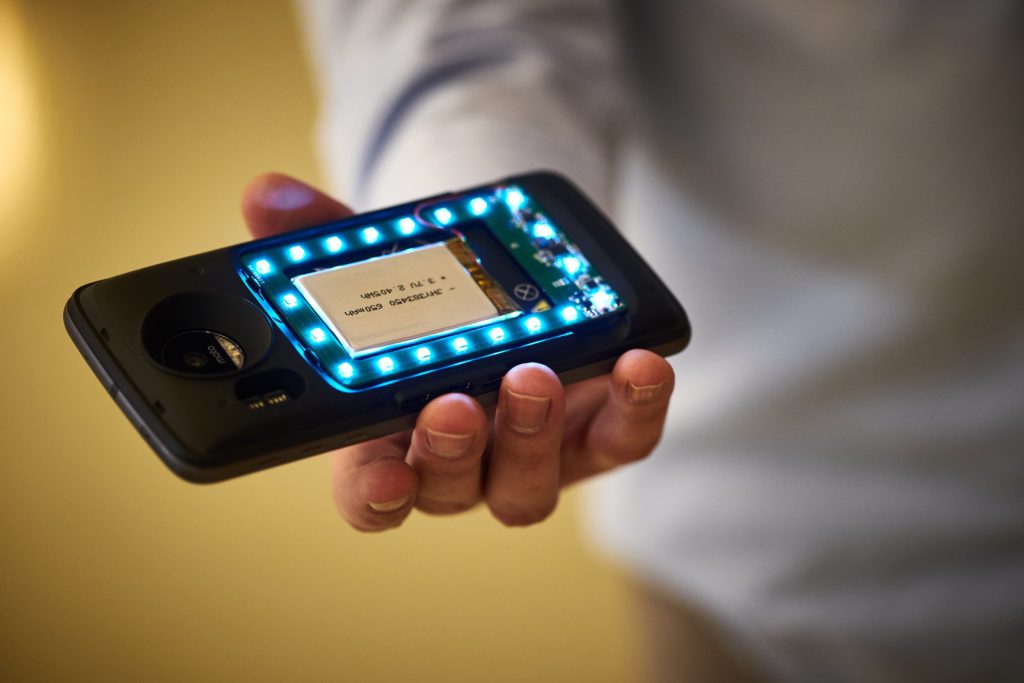 All the participants that have been invited to Chicago have been enrolled in the Moto Mods Accelerator Program and will receive engineering and design support. Teams are encouraged to continue refining their projects via Motorola’s developer portal and partnership with Indiegogo and they are ready to be launched on the market. 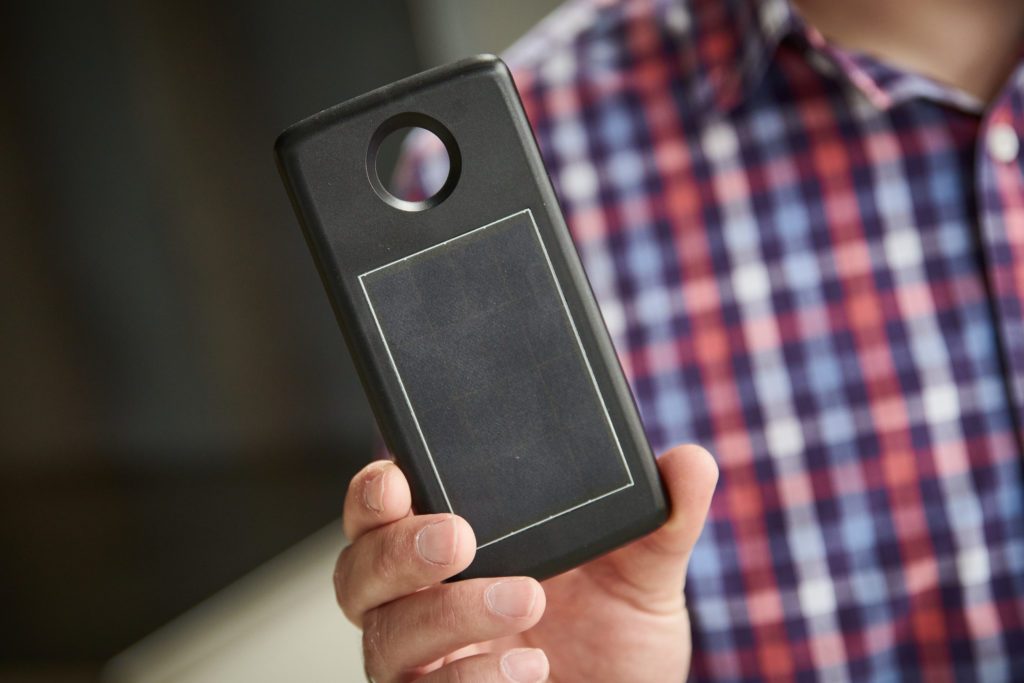 Motorola plans to introduce at least 12 new Mods this year and back in February, Lenovo’s General Manager for Middle East confirmed the add-ons will be compatible with the phones to be introduced over the next three years.