Yes, we know that the Razer Phone has been announced which is practically the successor to the Nextbit Robin. But that doesn’t mean that the Robin isn’t still a great option for those looking to save some money and give their kids a phone to play with.

While Nextbit has ceased support for the Robin, it is still available from some retailers, and the device is seeing a huge sale over at eBay. You can now grab the Nextbit Robin for just $99, which is an absurd price for any serviceable smartphone nowadays.

As a refresher, the Robin features the following specs:

This is a great deal for just about anyone who wants to mess around one with one of the most popular phones of 2016. Hit the button below to snag the Nextbit Robin for yourself, but you’ll want to hurry as there are limited quantities available. 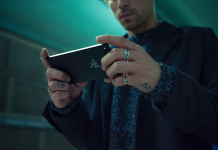 Get this sweet tech makeover for $255