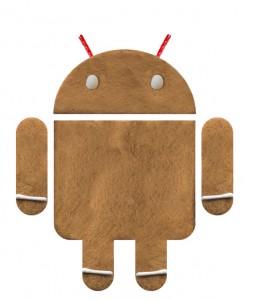 And rightly so!  All you Nexus One owners out there paid for the privilege of being the first to get the latest and greatest updates to our favorite mobile OS, and it looks like Google is again going to make you first out of the gate.  Android Central is reporting today that Open Handset Alliance official Alvaro Fuentes Vasquez released a very interesting tweet recently.  The following is a quote from the AC article, translated from the original language:

Prepare your Nexus One (Developer version) for Android OTA update 2.3 (Gingerbread) for the next few days:-D

The article goes on to talk about the fact that it is unclear as to which Nexus One Dev version he meant, the “super secret” one as AC puts it, or the one you can buy from the store as a dev.

I have to admit, this makes me envious of people who own the Nexus One, being a Vibrant owner, I am still out in the cold as far as froyo is concerned, let alone gingerbread. Good job Google on making sure you keep giving the people who were early adopters of your handset the right to be the first to get new releases.

Hopefully this is another sign that indeed we will be seeing Gingerbread release, rumored to be releasing on November 11th.  More news as it comes in.