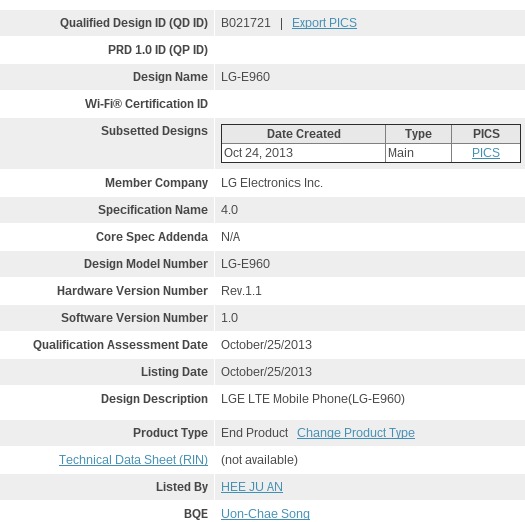 Google may be ready to soon debut a new 4G LTE version of the Nexus 4 smartphone, if you put stock into today’s chatter. An LG-E960 spotted at the Bluetooth SIG this week has people talking up the potentially refreshed Android handset in the form of a LTE-capable Nexus 4.

While there are no specific details in the listing, it’s strange that it would appear out of the blue. Some posit this is the same device we’ve already seen but with Android 4.4. There are no major permission changes so it’s unclear what we’re looking at.

We’ve heard rumors that Google might offer the 4G LTE Nexus at a lower price point than the Nexus 5. Perhaps something that hits the $200 and $250 mark while the new model comes in $300 and $350 spot.

I don’t know about you but I am getting tired of all of this uncertainty. I’m ready to get the official details out in the open so we can move on to actually playing with one of these new models.

Would you consider a Nexus 4 LTE as opposed to the Nexus 5? What’s the price you might pay for a no-contract version of that device?