One of the most highly anticipated, and rumored, phones of 2015 may be getting closer and closer to fruition. Over the last month or so, we’ve been seeing more and more information coming out about a new Nexus 5. However, there haven’t been many images to follow the rumors, but even that has been changing as of late.

While most of us were asleep, @onleaks, tweeted out some renders from uSwitch, which show off what could be the new design. The two big additions to take note of are the fingerprint scanner, and the USB Type-C charger. Currently, the only phone that has been released while sporting USB Type-C is the OnePlus 2. If LG’s Nexus 5 2015 comes with the updated charging capabilities, it would be awesome, and would hopefully kickstart other manufacturers to follow suit.

As for the rest of the Nexus 5 2015, the device includes a 5.2-inch display with two front facing speakers. Of course, this could be like the Moto X 2014, where one’s a speaker and the other is just the earpiece, but let’s hope for some dual-speakers on this front. One more thing to take note of is the protruding Camera. I’ve never been a fan of having a camera bump, but these renders don’t make it look too terrible.

Just as a reminder, these are just renders, and aren’t actual images of the device. However, from uSwitch, these renders are based from the “detailed factory schematics provided to accessory-makers.” Nonetheless, I’m getting more and more excited for the impending release of this device.

The Nexus 5 is probably my #1 favorite device, with exception to the camera, so an updated version featuring a fingerprint scanner and updated specs, would be an insta-buy for me. Drop us a line and let us know what you think about the renders, and what seems to be the impending release of the Nexus 5 2015. 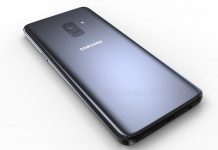