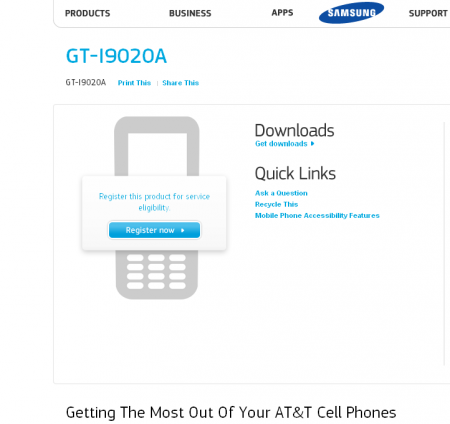 A page on Samsung.com seems to be a placeholder for an AT&T version of the Google Nexus S, indicating that the device may be in the works.

The “AT&T version” of the Nexus One was sold without the carrier’s involvement– essentially an unlocked phone that happened to work on AT&T’s 3G bands. The use of AT&T’s name on this page seems to indicate something different in this case. If it turns out to be sold with a carrier subsidy, it will be interesting to see if the usual AT&T restrictions apply to what ought to be an unfettered Google Experience device.

Of course, at this point, we’re just speculating. Though it certainly looks like this indicates an AT&T Nexus S is forthcoming, no one has announced anything.