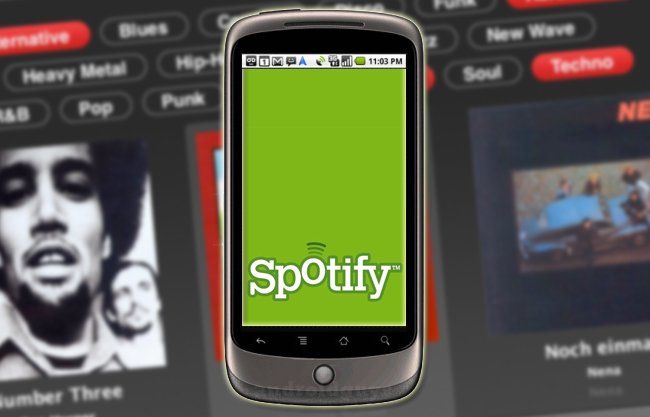 Spotify, the European music streaming startup which provides on-demand music streaming,Â  may be closer to reaching an agreement with U.S. record labels for a launch on our soil. TechCrunch has received word that Spotify may launch in the U.S. under a free model; however, it might be made exclusive to a “limited number of people” at launch.

TechCrunch goes on to state they can confirm a conversation between Spotify and Google discussing the possibility of including Spotify’s Android app in Android 2.1 and launching with the Nexus One. Could this “limited number” of people to which TechCrunch refers be Nexus One owners?

Android’s native music player is basic, unrefined and, in this author’s opinion, in need of major improvement. With a pre-installed music service app such as Spotify included in the Nexus One and future 2.1 devices, Android would be given the boost it needs to counter one of the few remaining features the iPhone holds above Android’s head.

Would you rather have an Android device with a polished media player, like Sony’s Mediascape, or a native application providing instant music streaming ? Give us your thoughts in the comments!

Why a Chromebook still cannot replace my Windows laptop