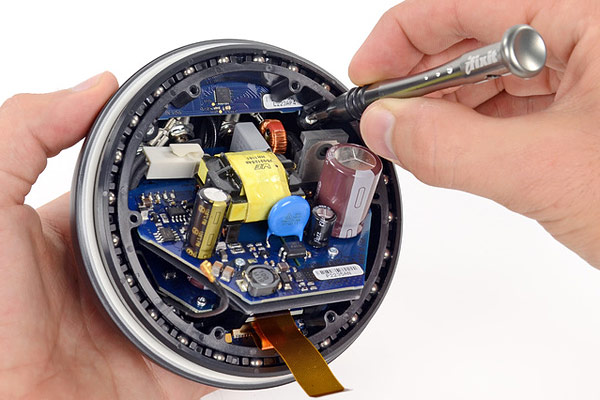 The Nexus Q was announced by Google recently, and some people are still trying to figure out why they want one. Well, for you hardware-centric readers out there, iFixIt has released their tear down of the device to show you what’s inside. Google said that the Q is made in America, and some people are having a hard time believing that some parts are not in fact made in the USA.

The 16GB moviNAND Flash Memory module may have been made here in the US in Austin TX, but it also could have been made in South Korea. The ethernet and optical out? Could have only come from China. We also see:

While not all parts were manufactured here in the states, Google has yet to respond, but we have the feeling it will be something along the lines of “It is assembled in the USA”, which would keep Google to the truth.

Be sure to hit the source link below and let us know your thoughts in the comments.