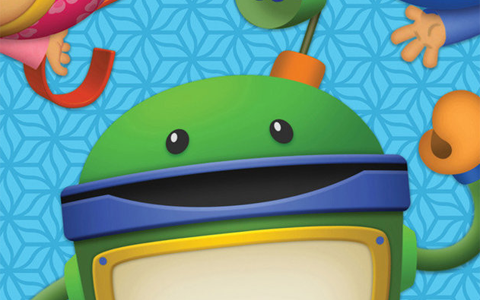 Either Nickelodeon has an Android enthusiast on their team or this is pure coincidence.  Meet “Bot” a character from the show called Umizoomi.  As they officially bill him on the website, Bot is a “fun-loving caretaker of the Team, with gadgets galore and smart technology”.  While he bears more than a passing resemblance to our lovable Android mascot, there’s something else.  What if I told you he likes frozen yogurt?  You know, Froyo?  Check out an email we received this week from one of fans.

As the parent of a three-year old and five-year old, I get a healthy dose of the current batch of kids’ TV. I am hopeful that “Team Umizoomi” is not on your radar, as a lot of the show would cause most sane adults to want to stick a pencil in their ear.  However, on the episode my kids were watching this morning, the characters were on a mission to find Frozen Yogurt, i.e. “Froyo”. Seriously. Can’t make this up….and doesn’t the character “Bot” look an awful lot like a certain green friend of ours?

Conicidence? Foreshadowing? Whatever – I don’t see them looking for Apples…

I think I have a new show to TiVo.  Wonder if they’ll be looking for Gingerbread any time soon?