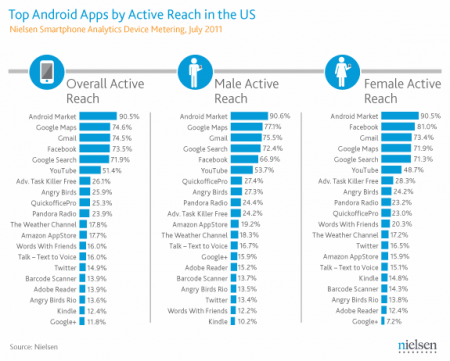 Nielsen has analyzed the usage of thousands of Android smart phone users to determine which apps are being used the most. It’s worth noting that isn’t the same as most popular or highest number of downloads. Rather, this is more specifically Android owners who used an app withing the previous 30 days.

The top 20 doesn’t come as much of a surprise and includes names like Pandora, Angry Birds, Facebook, and Words With Friends but there are a few bits of info to glean from the study.

Google titles (YouTube, Gmail, Search, Gogle Maps, and Android Market) are by far the most used across both men and women with more than half of polled users admitting to using them over the last 30 days. Digging down a bit, women love to use Facebook (81%) way more than men (66%) however men make up for the social networking gap by using Google+ (15.9%) twice as much as the fairer sex (7.2%).

The Amazon Appstore makes an appearance on the chart, confirming that people really do use the app. As to whether or not it’s just for checking the free app of the day still remains to be seen. Noticing that Amazon Kindle is also on the top 20 list, we can see that Amazon definitely has a loyal following and a prime market for tapping. This study tells us that the pieces are in place for an Amazon tablet to come in and simply blow sales figures away. 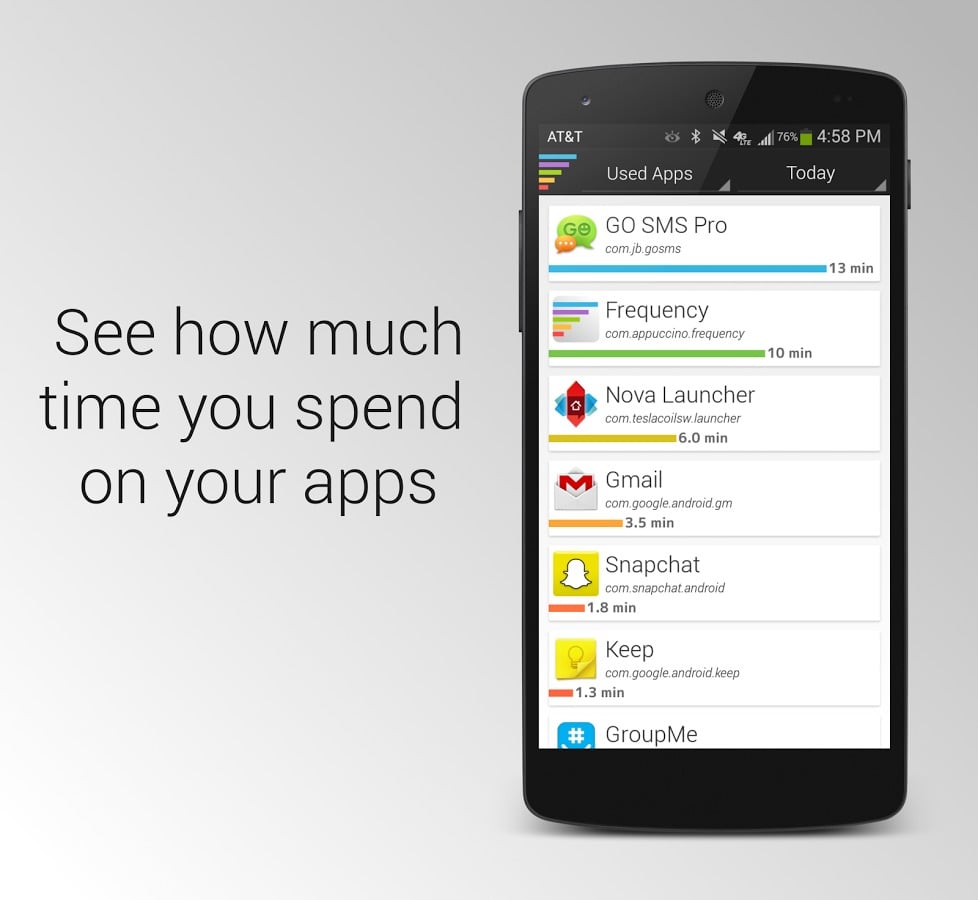 “Android vs iPhone” where are they now?