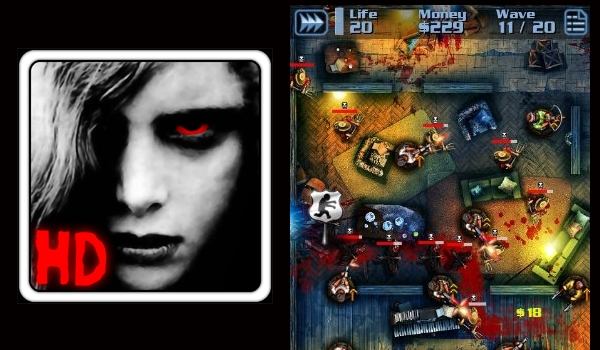 What happens when you pair a tower defense style of game play with George Romero’s classic title Night of the Living Dead?  You get Night of the Living Dead Defense, that’s what.  The new game recently arrived as an Amazon exclusive which puts players on the front lines of the Zombie Apocalypse.  You’ll have 12 upgradeable tower defenders to work with, all of which have their own unique strengths and weaknesses. If you think you’re waiting at the end of the road with a machine gun to mow down slow-moving, undead guys, you’d be quite wrong.

In this Zombie Apocalypse, all kinds of dead things have been reanimated in search of brains: rats, birds, grizzly bears, people, even indescribable mutants like ZombieZilla and The Thing. They’re monstrous and disgusting, under foot and in the air, large and small, and in a hurry to chow down on some brains. You may be in need of some heavier artillery.

Night of the Living Dead Defense provides two modes of play, the goal-oriented Campaign mode and open-ended Survival mode.  There are eight levels to master with difficulty ranging from Casual to Normal to Hard to Insane. Players can earn in-game bonuses and advance in rank from private to marshal, depending on how well you take care of business… and zombies. 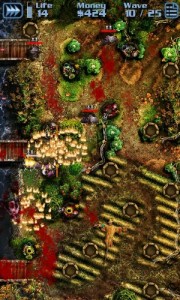 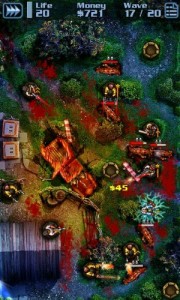 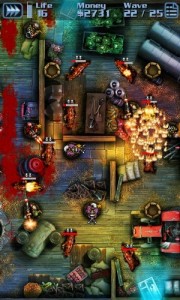 Download Night of the Living Dead Defense from Amazon Appstore for $1.99 for Android 2.1 or higher and help protect humanity. 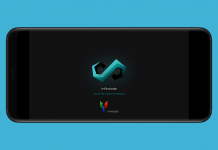 Infinitode shows us how an endless game shoud be (Review)