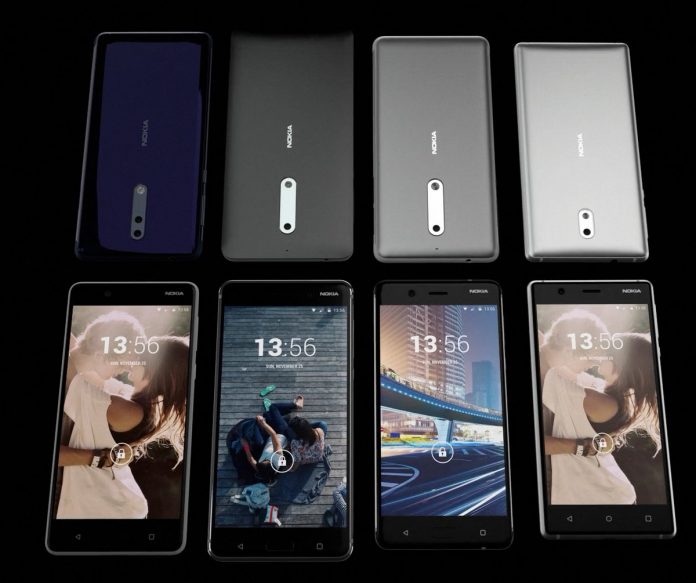 At MWC 2017, Nokia introduced three affordable new Android smartphones, but the company is expected to launch more models until the end of the year.

Like the Nokia 8 and the Nokia 9 – whose names already surfaced online a few times. Now Nokia’s purported upcoming models might have just been showed off in a video posted on Vimeo (which was quickly removed) by art director George Chevalier Lewis, who is one of Nokia’s known collaborators.

What interests me about this video [https://t.co/eSzd0XHvrt] is that it shows 4 smartphones, but Nokia only sells 3 (none w dual lens). pic.twitter.com/RKStSoSgM5

The teaser video appears to be an official promotional video of the Nokia’s 2017 smartphone lineup, but alongside known products such as the Nokia 5 or Nokia 3, two mysterious unidentified model were also spotted. Interestingly enough, the Nokia 6 has been left out of the mini-clip.

One of these elusive handsets appears to sport a dual-camera setup, so we can speculate we’re looking at the Nokia 9. According to previous rumors, the phone should feature come packing a 5.5-inch display with advanced QHD resolution (2560 x 1440) and a Snapdragon 835 processor and a dual-lens main camera featuring at least one 22-megapixel sensor.

As for the second unannounced mystery Nokia handset briefly spotted in the video, it’s probably the Nokia 8 or even the Nokia 7 for that matter. The device’s back could have easily been mistaken for Nokia 6’s rear, but the slightly different camera module is the giveaway. Word on the street has it the Nokia 8 might arrive with Qualcomm’s new Snapdragon 660 processor under the hood.

A while back HMD said it is looking to launch 6-7 smartphones this year and three have already been announced, which leaves room for 3 to 4 additional models. Hopefully at least one of them will be a premium device.