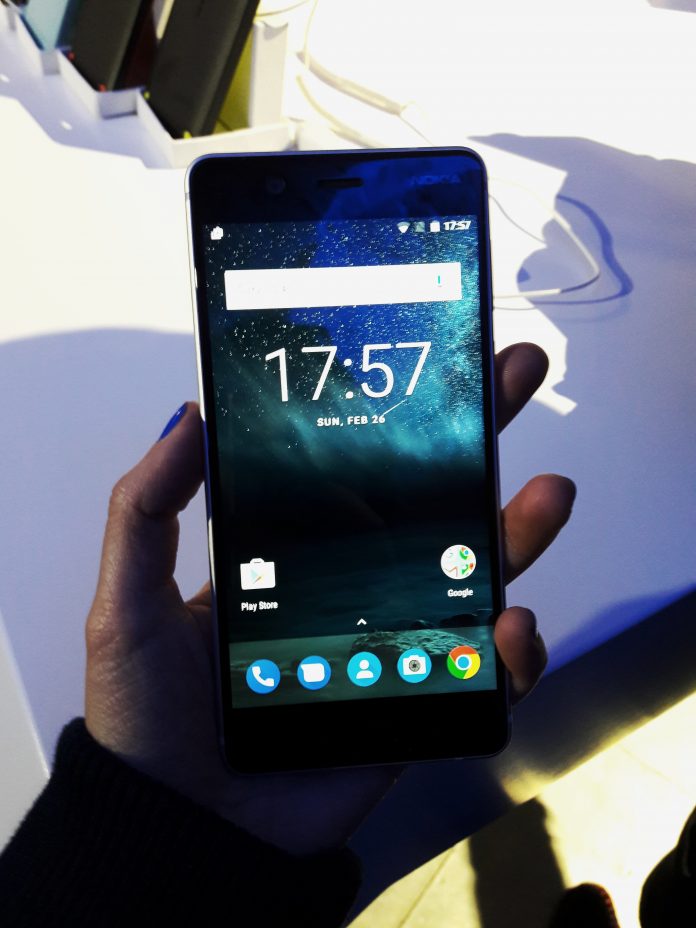 Do you still remember your first mobile phone? Not your first smartphone. I do – it was a Nokia 3310 and that’s why I am so terribly excited to be here at the phone maker’s MWC 2017 event, which is hosted in partnership with HMD. 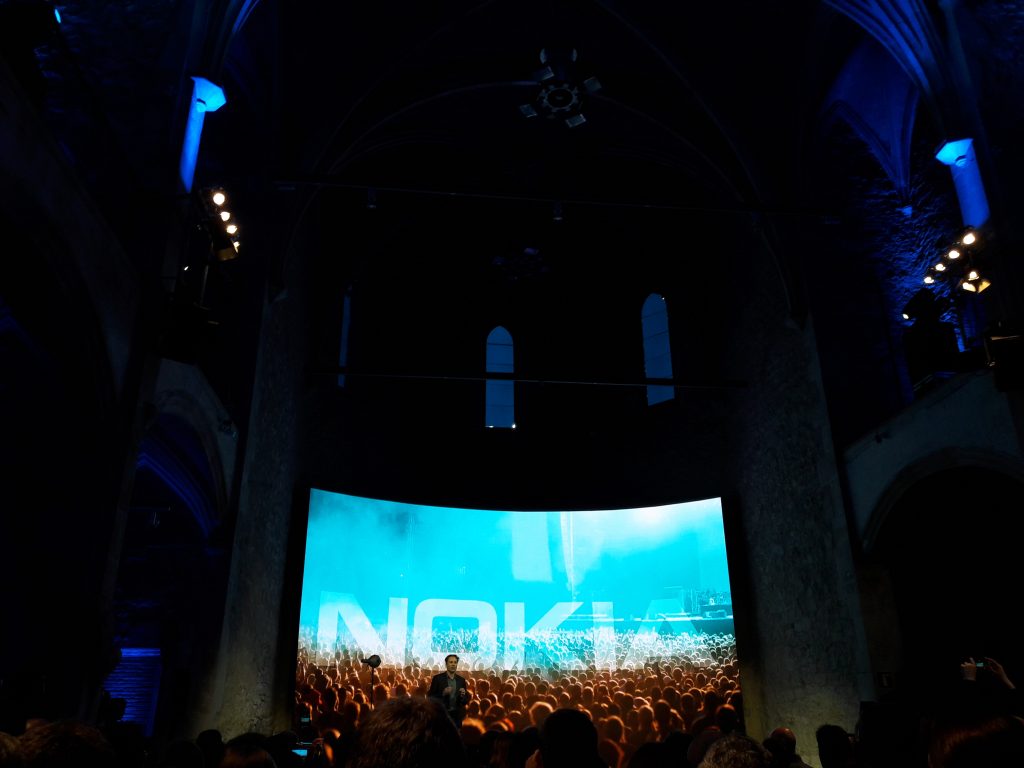 The Finnish company with 150-years history is well-known for its ability to reinvent itself. It has stood by Microsoft and its Windows Phone ambitions, but that chapter is in the past. Now Nokia with HMD at its side is finally giving fans what they’ve been asking for all along – a Nokia phone with Android onboard. Actually three phones and a surprise guest star.

The first Nokia comeback phone with Android was released last month in China, but now the company announced it will be making it available globally. The phone is manufactured from a single block of 6000 series aluminum and bundles a smart audio amplifier with dual speakers and supports Dolby Atmos.

The Nokia 6 will become available for €229 in Europe (approximately $241). It will become available in Matte Black, Silver, Tempered Blue and Copper. However, on the global market Nokia will also offer a Nokia 6 ARTE version with a glorious piano black finish. The special edition features 4GB of RAM and 64GB of internal storage. It will cost €299 (approximately $315).

If you want to check out the full specs of the “average” Nokia 6 check out our in-depth article on the topic.

The Nokia 5 is a bit smaller than the Nokia 6 and its 5.5-inch display. It features a 5.2-inch screen and Snapdragon 430 processor. It’s available in Matte Black, Silver, Tempered Blue and Copper. The Nokia 5 will be available globally for €189 (approximately $199).

Last but not least comes the Nokia 3 which has a 5-inch display and a pretty hefty 8MP selfie snapper with wide-angle. Like its brothers – the phone has a metal body. Nokia believes that not only flagship phones should look good, so it has designed stylish handsets you won’t be ashamed of taking out of your pocket. The Nokia 3 will retail for €139 (approximately $146).

Nokia is quite excited to be part of the Android family. The company says customers can count on Nokia smartphones to be “pure, secure and updated.” The Finnish icon even had a guest from Google come up on stage and welcome Nokia to the Android bandwagon.

So basically you have 3 stylish looking phones with moderate specs and clean Android out of the box. Is Nokia trying to become the new Nexus maker? It’s an exciting scenario to consider. 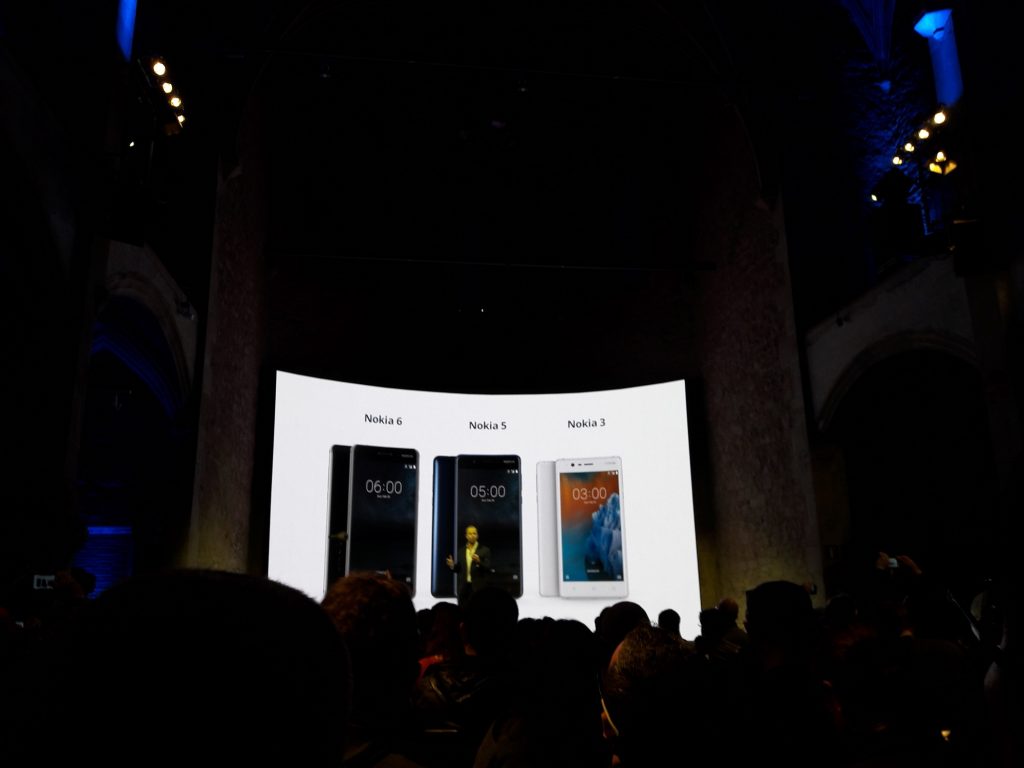 Nokia also mentioned the  is coming to its Android phones and more, so it seems like the partnership between the Fins and Google is a strong one.

At the event, the Finnish company made happy quite a few nostalgics by unveiling the 2017 version of the super popular Nokia 3300 feature phone. The newcomer is colorful, comes with a larger display and offers 22 hours of talk time. And just for old time sake, the phone includes the Snake game.

Speaking of which the Snake will be available in Facebook Messenger too. Going back to the new feature phone, the device will retail for €49 / $62.

Aside from phones, Nokia also launched the Health Mate app – which allows users to have a personalized health care adviser – not just a fitness coach. Nokia says it cares about people becoming healthier, hence its push into health and fitness products alongside Withings. By the way, all Withings products will be sold under the Nokia brad from now on. Basically Nokia is trying to create its own ecosystem.

However, the company was mum about any upcoming flagships. Hopefully the Nokia P1 is still on track and waiting for the Snapdragon 835 to become available to other OEMs.