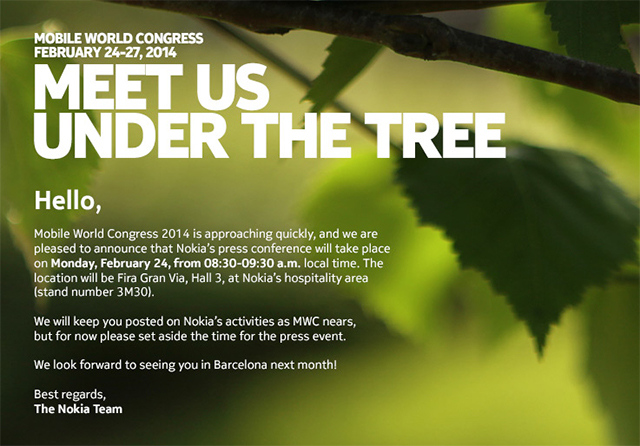 Nokia may finally announce its first Android-powered smartphone at Mobile World Congress, according to the latest round of reports. An invitation being sent out today has people buzzing that we could be a matter of weeks away from seeing the rumored Normandy device.

The invitation has Nokia hosting an event on Monday, February 24, which is the eve of the annual mobile conference. The rumor mill has been in full swing these last few weeks with chatter that Nokia’s Android handset is around the corner.  Adding fuel to the fire, sources within Nokia have told The Verge that they plan to launch said device in Barcelona.

Lest you believe this could be something related to Microsoft or the next version of Windows Phone, The Verge reports that that WP 8.1 won’t be fleshed out until April.

Would you consider switching from your current smartphone to a Nokia device that runs Android? What is it about their hardware that you like (or don’t)?

Get this great deal on the Nokia 8.3 5G in time for Mother’s Day