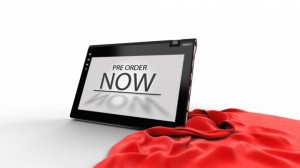 Notion Ink has just confirmed the pre-sales of their Android-based Adam tablet will begin today.  The Tegra 2 powered device will first be offered to registered users from the blog with general public following six hours later.  In a move that is sure to please many, the pricing has dropped slightly to start at $375.33 for the entry-level LCD/WiFi model whereas the 3G edition runs $425.33.   The transflective version (Pixel Qi) will start at $499.45 for WiFi only and $549.99  for the 3G model.

There’s a rather lengthy blog post talking up Eden, the UI created by Notion Ink, which offers much more than your typical Android 2.2 install.  As they put it, the Adam is closer to Gingerbread, possibly Honeycomb.