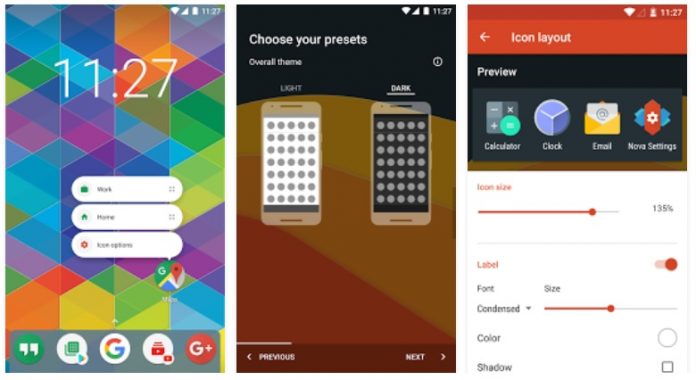 Nova Launcher has been the go-to app for lots of Android users who got bored with their phone or tired of its increasingly slow performance.

Well, this week the popular launcher started rolling out the stable 5.4 version of the app. It’s available for download in the Google Play Store if you want, but first, maybe you’d like to read about the novelties it brings to the table.

A few months ago, Nova Launcher started testing a new feature called Sesame Shortcuts in its beta 5.4 version. Through the integration of this third-party app, users could quickly access and search in different apps (like Netflix or Spotify) , contacts, messages, Google Search and more. For example, if you typed “C” into your Nova Launcher, you could immediately find all the apps on your phone that start with C, conversation from all your messaging apps from contacts that start with C and more. Well, the feature is out of beta and available for the masses now.

Since Android O got released last month, the new version of Nota Launcher also brings support for Android 8.0 Oreo. On top of that, the update adds a new app search animation, as well as various under-the-hood performance improvements and bug fixes.

Last but not least, there’s a new feature exclusive only to Samsung Galaxy S8 users which get the ability to hide the navbar (by going to Nova Settings > Look and Feel).

You can download the Nova Launcher 5.4 version from the Google Play Store right here.