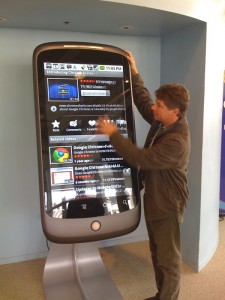 Check out the Nexus One that was on display today at the Android event.Â  Built precisely to scale, the phone is 12 times bigger than an actual Nexus One and features a 1920×1080 46-inch LED-backlit display.