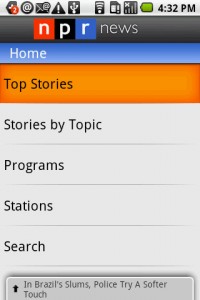 We previously reported that the official NPR application for Android would be coming this month and it appears that time has come.Â  Those of you who stopped in the Android Market today might have come across the NPR News app as it was released earlier this afternoon. The free title gives listeners all the great shows you’ve come to enjoy over the years as well as some great Android-only features.Â

Thanks to the way Android works, the NPR News app can run in the background of your phone, allowing users to toggle between other apps while shows play.Â  Each of the topics listed offer anywhere from 10-20 topics that day and give users the ability to listen or read their news. Â  Using the location-based services in the phone, NPR News can locate over 600 Station Listening Choices from around the country!Â  Although the app doesn’t allow it currently, live station streaming is promised for Spring 2010! 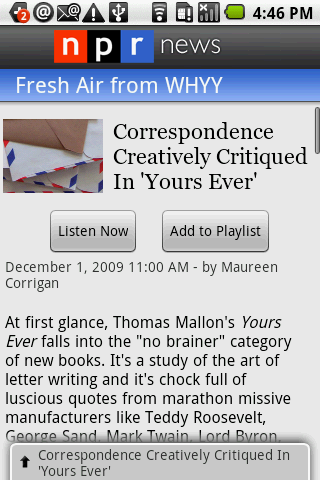 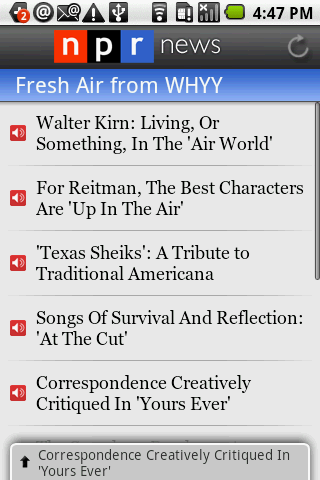 Do You Want to be a Community Host on AGTN?

NPR News Completely Overhauled and Available In the Android Market