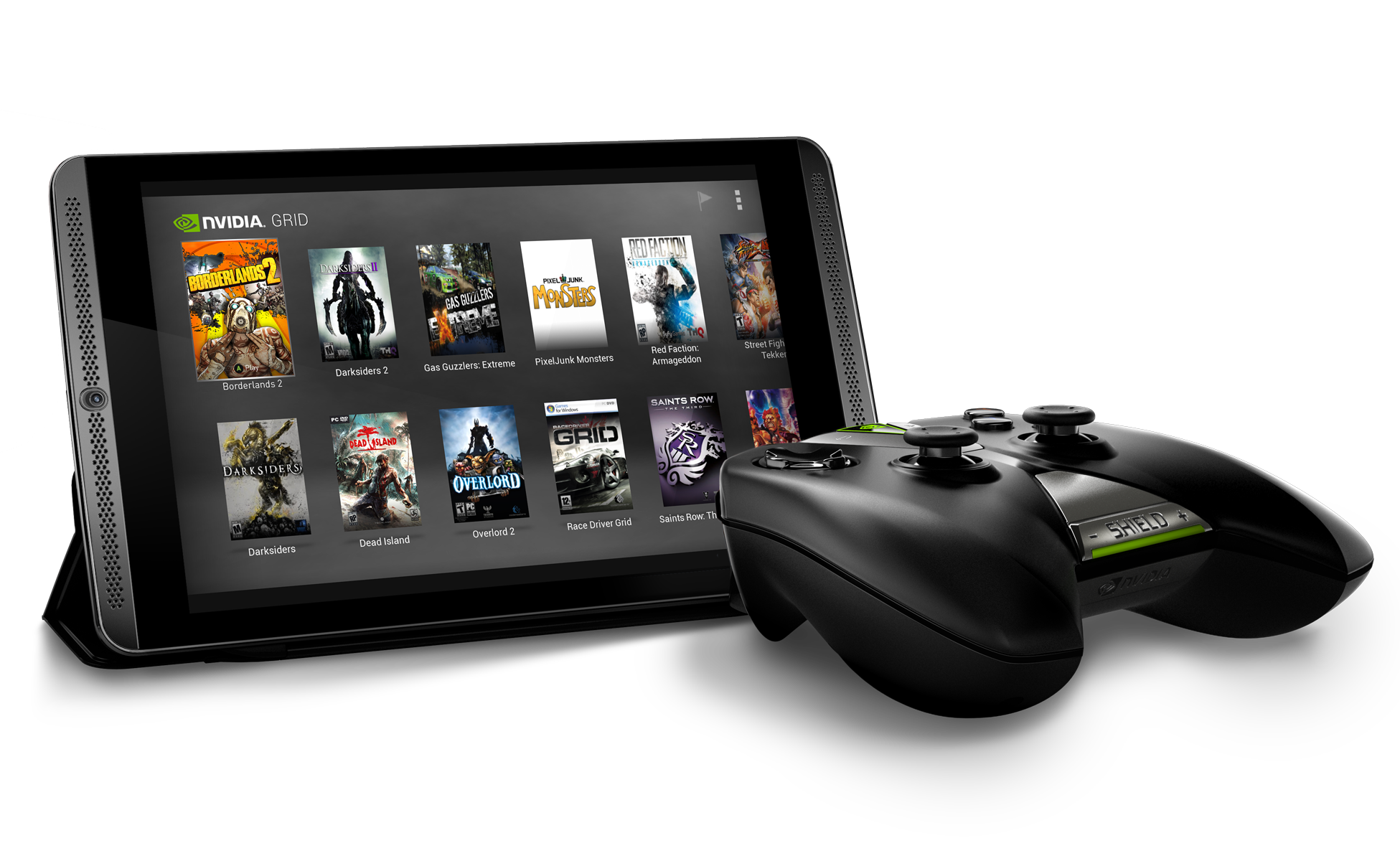 NVIDIA on Tuesday announced the Shield Tablet, a monster of a device aimed at gaming enthusiasts everywhere. Powered by a 2.2 GHz Quad Core NVIDIA Tegra K1 processor, the tablet offers users an 8-inch 1920×1200 multi-touch IPS display, a pair of 5-megapixel cameras, and 2GB RAM. Gamers can choose between a 16GB version and 32GB model with 4G LTE (microSIM) support; both allow for microSD expansion up to 128GB. Other hardware details include stereo front-facing speakers, Bluetooth 4.0 LE, GPS and GLONASS, a DirectStylus 2, and 802.11a/b/g/n 2×2 Mimo 2.4 GHz and 5 GHz Wi-Fi technologies.

Like the Shield gaming controller/console, the Shield Tablet is versatile and allows for a wonderful multi-player experience. Toss in ShadowPlay gameplay recording, Twitch streaming, GRID Gaming App Beta, Console Mode, Gamepad Mapper, 4-player multiplayer, and 4K Ultra-HD Ready HDMI-out and you can see just how well-rounded the Shield Tablet can be.

NVIDIA is also introducing a new Shield controller which pairs via Wi-Fi Direct and provides for true-to-console capabilities. Much like the standalone Shield, you’ll find the host of buttons, triggers, and analog sticks. Also present are a microphone, and support for 3-pin and 4-pin headsets. Fully charged in five hours, users can get up to 40 hours of game play.

The NVIDIA Shield tablet will be available in the U.S. starting from July 29; eager customers can pre-order the 16GB model for $299 or the 32GB LTE model for $399. A European launch follows a few weeks later on August 14th. The wireless controller will be $59.99 while the tablet cover retails for $39.99. Additionally, NVIDIA will sell a separate stylus or AC adapters.