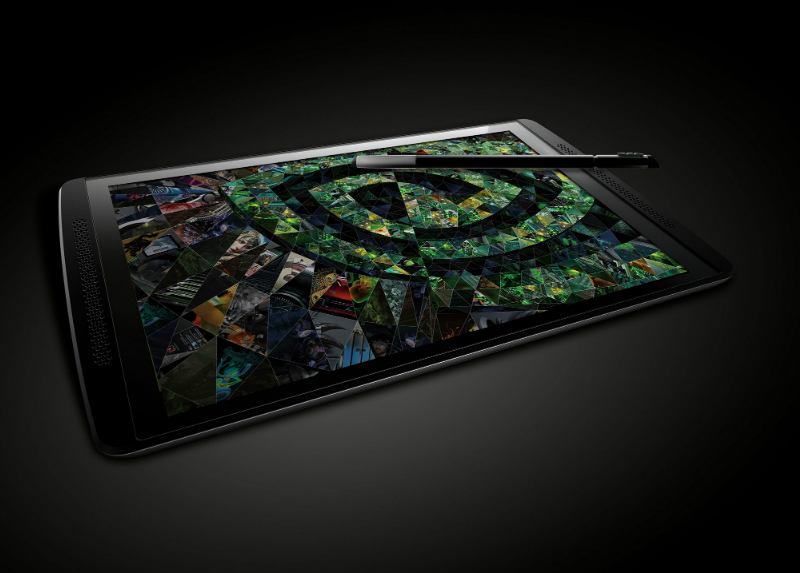 NVIDIA has officially introduced its Tegra 4-powered reference tablet platform, pulling back the curtain on the Tegra Note. Priced as low as $199, the reference design will lead to new devices from partners such as ASUS, Toshiba, HP, Kobo, and Xiaomi. Remember that Tegra 3 Kai reference for the first Nexus 7? This is that same thing for the Tegra 4, but hopefully with more partners.

By now many of you may have heard of NVIDIA Tegra Note, but are still wondering what it is.

Back in June at Computex, we briefly demoed an early version of the device, when it was better known as Tegra Tab. One of the many innovations it introduced was NVIDIADirectStylus technology, which significantly improves passive stylus performance.

It’s a complete tablet platform, designed by NVIDIA and brought to market by our partners.

It embodies the NVIDIA brand – from our hardware and software (right down to OTA updates), to our industrial design, accessories and network of partners in game development.

It elevates the abilities of our partners, so they can provide tablets packed with innovation and features at prices they may not have been able to deliver on their own. In turn, NVIDIA gains access to their deep sales and distribution expertise in regions worldwide.

And it starts at a suggested retail price of $199. That will help many more people experience the new technologies going into Tegra Note, including its 100 percent Android OS.

This isn’t a first for us. About a year ago, we announced Project KAI – a Tegra 3 reference design intended as a recipe to build low-cost, high-quality Tegra 3 tablets. Google’s Nexus 7 was one. Tegra Note takes this to the next level by delivering a complete platform, not just the hardware.

In the next few months, our partners will be bringing Tegra Note to market worldwide with features that speak to local consumers, among them are EVGA and PNY Technologies in North America; EVGA, Oysters and ZOTAC in Europe; Colorful, GIGABYTE, Shenzhen Homecare Technology and ZOTAC in Asia-Pacific; and XOLO in India. They join other partners, including HP, ASUS, Toshiba, Kobo and Xiaomi, that have already announced Tegra 4-based products.

To whet your appetite, here’s a quick rundown on some of the Tegra Note’s unique features:

On top of that, users get over-the-air (OTA) software updates provided directly by NVIDIA. This will help ensure customers have current software, offering the richest experience with their devices.