With mobile gaming now an increasingly lucrative market sector, it stands to reason that developers and designers should be competing to create compatible devices. Just as the iOS 8 has been equipped with an improved graphical engine to enhance the quality of mobile titles, for example, so too Android devices have provided users with access to a more diverse array of games. The only issue is that mobile platforms have not always delivered a realistic or immersive gaming experience, thanks largely to the cumbersome nature of touchscreen controls and their perceived lack of responsiveness.

While previous mobile handsets and tablets may have failed to deliver a console-like experience, however, the NVIDIA Shield Tablet has been designed to correct this flaw. Although it is not strictly the first dedicating gaming tablet, it has emerged as the most capable and is now recognized as a device that can deliver an outstanding overall experience to users. So while it may be argued that the NVIDIA Shield lacks some of the features that make an Android tablet so appealing, its focus on gaming is sure to win over enthusiasts in the U.S., Europe and the United Kingdom.

At the heart of its appeal is an eight-inch, 1920 x 1080 LCD display that has been designed primarily for high definition gaming. Regardless of whether you are playing the latest installment of the FIFA series or indulging in roulette casino games at the popular Caesars Casino, this provides an outstanding visual experience and one that engages participants on a far deeper level. You can also alter the contrast and brightness of the display to optimise the graphics for each individual game, and this is a huge benefit if you are to tailor your gaming experience independently.

As gaming tablets go, the NVIDIA Shield is certainly a strong market leader. So regardless of your preferred choice of game or genre, it is a product that you should consider purchasing at some point in the future. 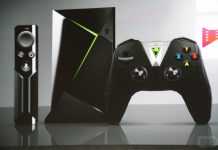 You can now view your Nest Cameras on your SHIELD TV with version 6.3 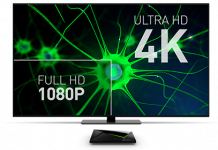 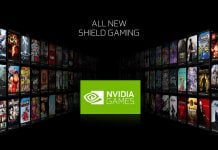