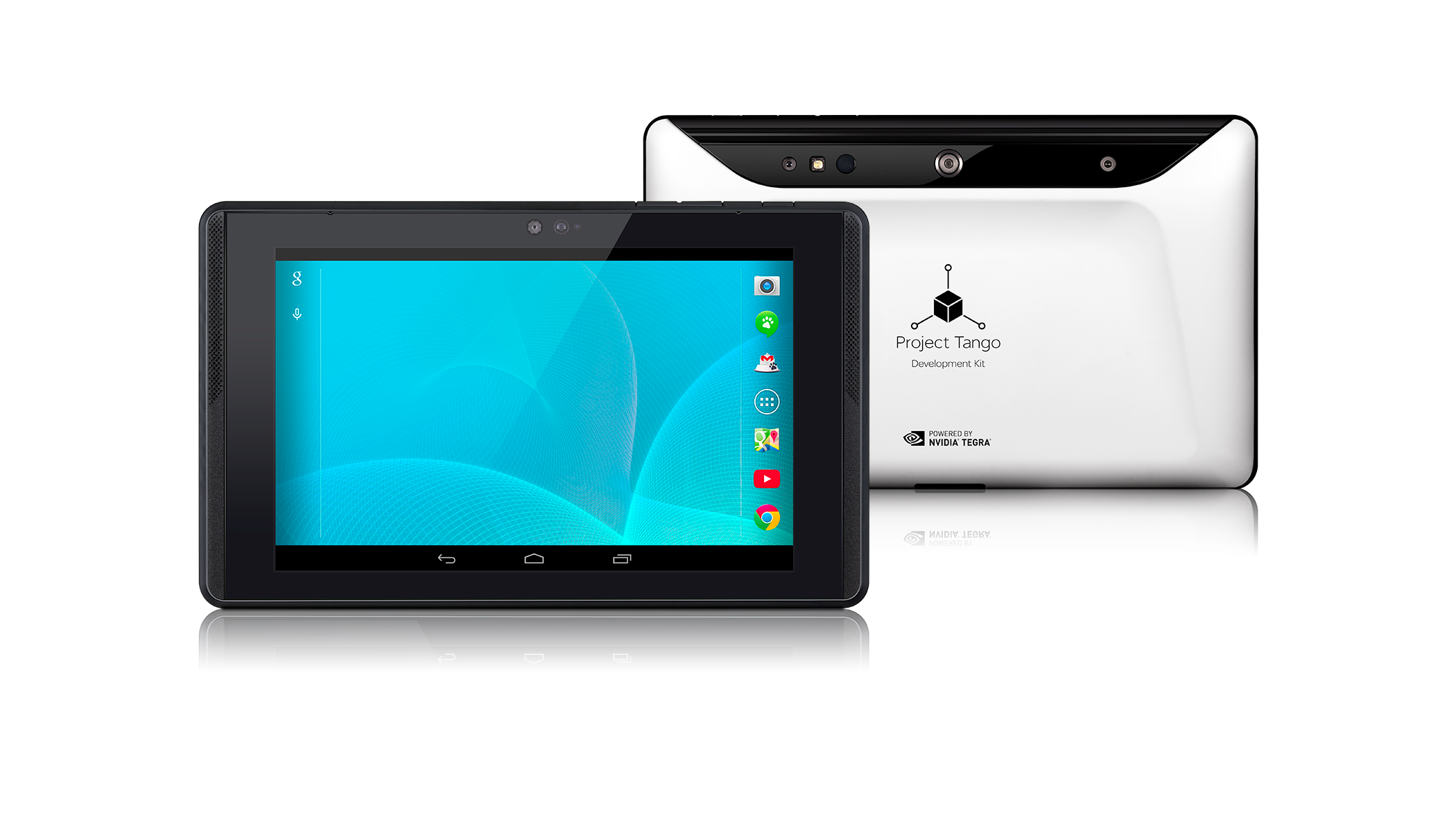 NVIDIA on Thursday unveiled its Project Tango Developers’ Kit, which centers around a 7-inch Tegra K1-powered tablet. Packing 129 programmable GPU cores, it’s easily one of the most powerful devices of its kind and holds the keys to the future of mobile computing.

In addition to that beast of a processor, other hardware details include 4GB RAM and 128GB internal storage. What’s more, this monster runs Android 4.4 KitKat and features cameras and sensors for space, motion, and much more.

Game developers could, for example, use it to paint a 3D virtual battlefield in your living room. Or create large scale virtual and augmented reality experiences. Real estate companies could build interactive, 360-degree “fly-through” tours. Interior designers could scan a client’s home and test design ideas, such as moving walls or inserting furniture. Retailers can guide the user to specific places or products.

The Project Tango Tablet Developer’s Kit will be priced around $1,000 and is expected later this year.