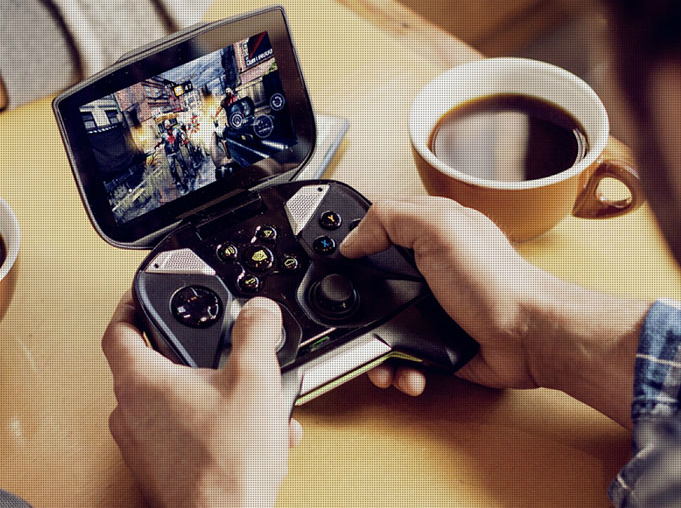 NVIDIA just tossed out a killer update to its gaming and entertainment console, the Shield. As if you needed any more reason to pick up one of these portable time-devouring devices, Update 60 brings about four major new features.

Also, as you may have read recently, the GameStream feature comes out of beta, providing a more reliable PC game streaming experience.

The third, and perhaps our favorite new detail in the update brings about the ability to map touch-only games to physical buttons. Essentially, you open the Gamepad Mapper software and drag/drop widgets into place, choosing the configuration you like most. To expedite things a bit, NVIDIA is curating a list of games with readymade controls in the cloud. Should you have a game that  proves to be popular, NVIDIA might already have the buttons mapped for you, saving even more time. Yes, now you can play games like Temple Run, Angry Birds, and NBA Jam with the Shield.

The new Console Mode turns your Shield into a bonafide game console that can sit next your TV. Plug in via HDMI, pair a Bluetooth controller, and you’ll be playing from the couch. NVIDIA is in the process of certifying game controllers for the Shield; we played with a Nyko PlayPad Pro and had no issues whatsoever. Between this capability and the mapping feature we now have thousands of new games to consider.

Previously, when plugged in through HDMI cable the Shield mirror its display at 720 pixels. Console Mode will now output at 1080p, a welcome change that gamers will certainly appreciate.

One issue that we had with the Shield came in the form of storage capacity. At only 16GB of internal room, we quickly found ourselves running low on space. Thanks to the new update, games can now be store entirely on the microSD card. The drawback, however is that you’ll be limited to 32GB cards or lower as the Shield is not 100% compatible with 64GB cards.

We were seriously impressed with the Shield in our initial review and had no problems in recommending the console. In only three short months since its debut, NVIDIA has found a way to make it that much harder to resist. I’m not the PC gaming type and cannot take advantage of the GameStream feature but updates like these make me think twice. With that said, I’m envious of those who are able to get even more out of the NVIDIA Shield than I do.