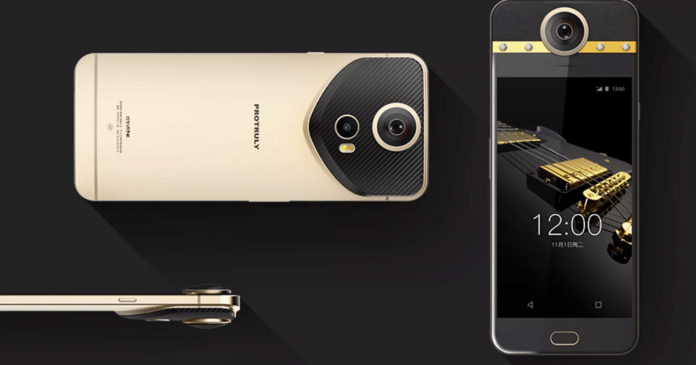 ProTruly is an obscure smartphone Chinese manufacturer that is trying to draw attention on itself with a really bizarre handset.

We’re talking about the ProTruly Darling – which is apparently the world’s first handset to come with a built-in 360-degree camera onboard, in order to allows users to capture 360-degree panorama videos and photos.

The device comes equipped with a frontal (huge) and back 13MP wide-angle fisheye lenses. The device works by capturing images from both cameras and then stitching them together with 0.02 seconds for real-time viewing experience.

But that’s not all, on top of the two fisheye lenses, the phone also takes advantage of a “regular” 13MP main camera plus an 8MP selfie camera. 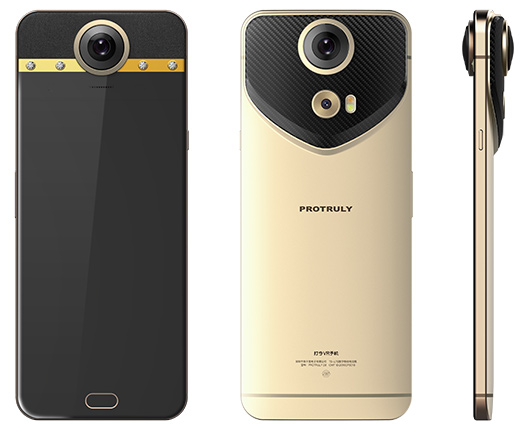 The Darling is also a pretty luxurious device – it’s apparently made of 3.09 grams of “pure gold” and features four diamonds on the front panel.

As for specs, they aren’t so mind-blowing as you might hope. It reminds us of Vertu a bit –  a company which also uses luxurious, premium materials to build its phones, but disappoints in the spec department. 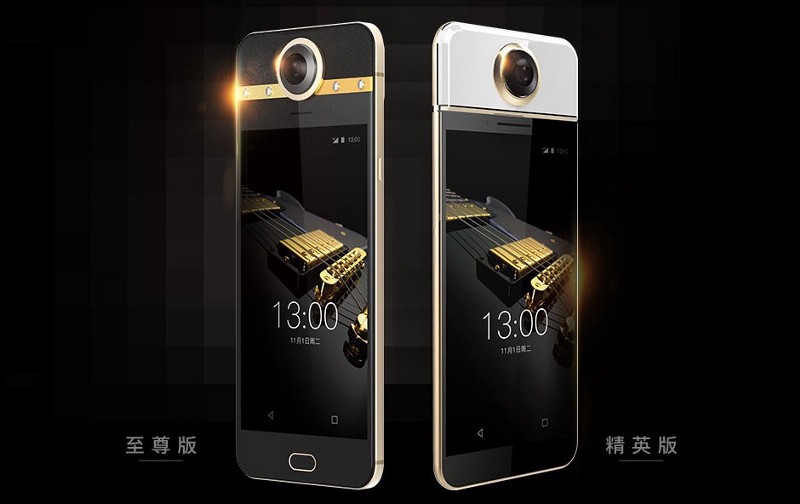 Anyway, the ProTruly Darling has a 5.5-inch display with 1920 x 1080 resolution. The phone is unusually tall due to the big fisheye sensors locates on the front and back, so it might feel quite awkward when you hold it in hand.

Going back to specs, the device is powered by a deca-core Helio X20 processor clocked at 2.5GHz with 4GB of RAM onboard and 64GB of native storage. It runs Android 6.0 Marshmallow out of the box and runs on a pretty hefty 3,560 mAh battery. 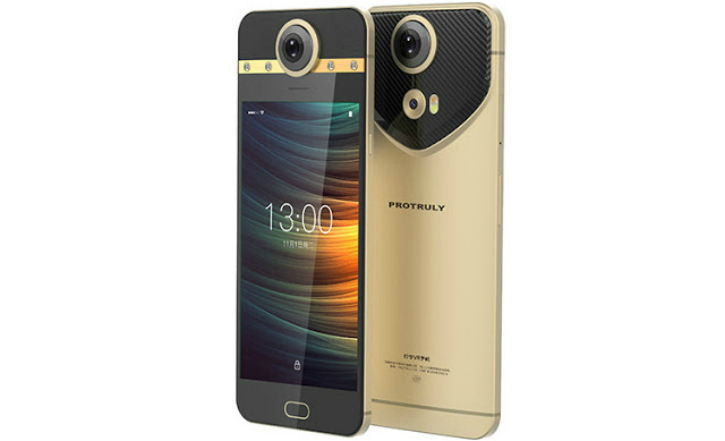 For those of you who are wondering, this strange device is more than a prototype. ProTruly plans to make the phone available in in China by the end of November. Although we don’t know if the Darling will be offered in other markets as well. 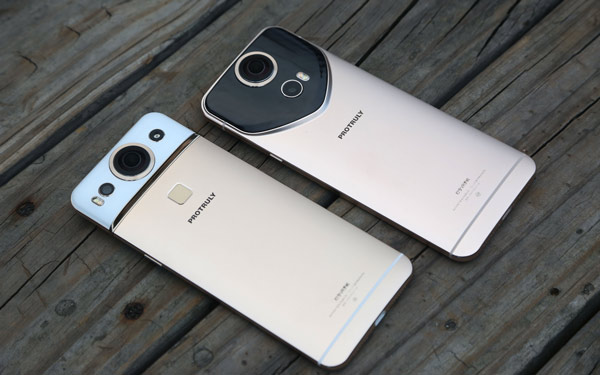 The Darling comes in two variants – the gold one with diamonds and a fingerprint sensor located on the back which should go on sale for approximately $1,300 (ouch) and a standard one without all the fancy attire which should carry a more “affordable” $600 price tag. Note, the lower-end version has a fingerprint scanner located in the physical Home button.