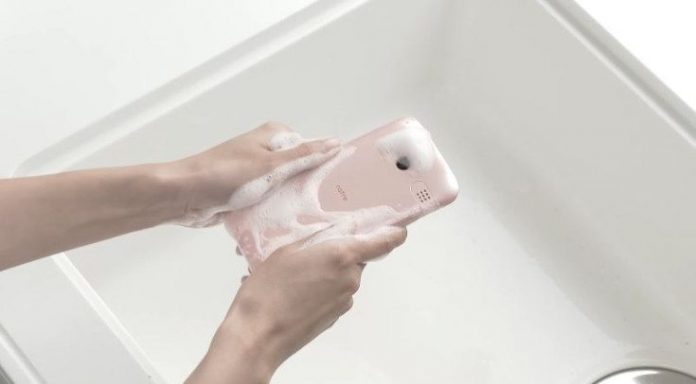 Japan has a reputation for producing some downright weird stuff. Actually the Japanese have a dedicated word “chindogu” which refers to an unusual invention, usually created as a solution to a practical problem, although lacking any utility whatsoever.

Which brings us to Kyocera, a Japanese smartphone manufacturer known for its rugged handsets. But did you know that Kyocera also released a washable Rafre handset back in December 2015? 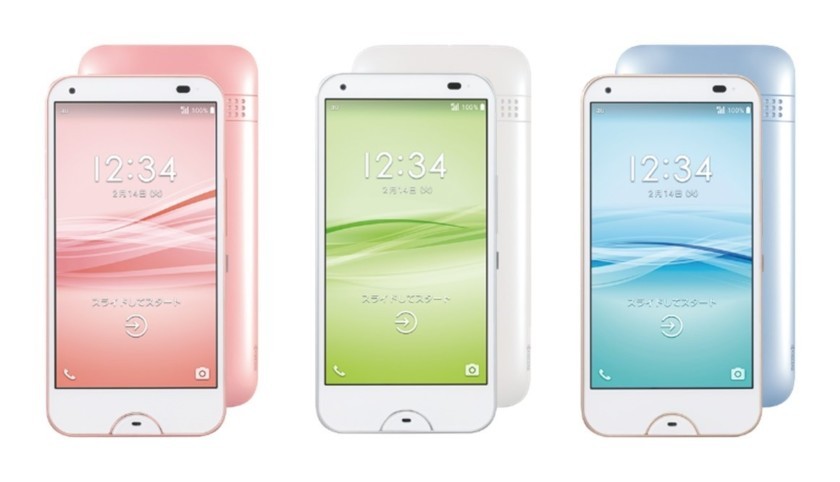 And now the company just rolled out its second, next-gen soap-proof Rafre handset. Now, why would you want to wash your smartphone with soap and water? Well according to studies like the one conducted by British watchdog Which? smartphones, keyboards and tablets are more contaminated with dangerous germs that a public toilet.

That’s a very good reason to wash your Rafre smartphone on a regular basis, right? What’s more you’ll be able to use the handset even if its screen is wet.

The Rafre doesn’t mind whether you wash it with hot boiling water or if you accidentally drop it in the bathtub or pool. But wait, there’s more. The phone comes with a pre-installed cooking app that can be operated using only hand gestures – no touching involved.

In a sense, we guess it makes sense since you don’t want to touch your smartphone with greasy fingers, right?

Now that we told you about what makes the Rafre an oddball, we’ll move on to the phone’s specs, because you’re probably pretty curious, right?

Well sadly the device is equipped with really uninspired specifications. The Rafre sports a 5-inch display with 720p resolution. The device is powered by an unnamed processor in combination with 2GB of RAM and 16GB of internals storage (microSD cardslot available for memory expansion up to 200GB).

Kyocera boasts that the main 13MP camera features the company’s proprietary image-processing AINOS Engine which allows users to take great photos in low lighting conditions. Furthermore, the shooter is equipped with Phase Detection Auto Focus and Auto HDR. As for the selfie shooter, it is of 5MP variety.

The Rafre runs Android 7.0 Nougat out of the box and takes advantage of a 3,000 mAh battery. Customers will be able to grab it in Pale Pink, Clear White and Light Blue from major retailers in the country like KDDI for an unnamed priced.

For the time being, we don’t know whether the phone will make it out on the international market, but chances are it won’t be the case.