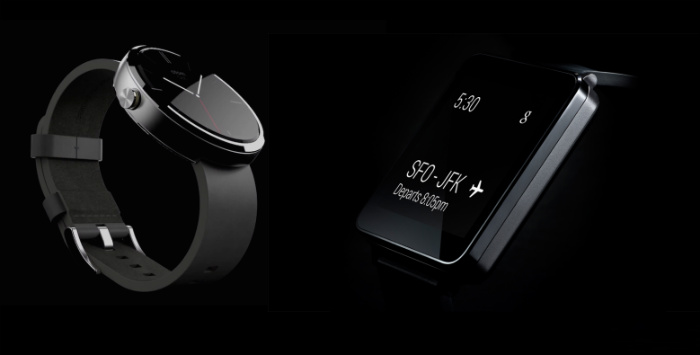 I’m a big proponent of the stock feel, in terms of the UI of any device I use. On my iPhone i jailbreak to get tweaks, and change little things here or there, but never anything major, because I just don’t like it. With the exception of a couple of manufacturers, most Android devices today have some type of OEM Skin over top of the Android OS. Samsung has TouchWiz (don’t get me started), HTC has Sense, and then you have companies like Kyocera or LG who have unnamed skin overlays. I won’t go on a random tangent about TouchWiz, but just know that I despise it, and I’m kind of loving Sense on my HTC One M8, but have been contemplating throwing a GPE ROM on there just for the stock experience on that device.

Fresh off the heels of Google I/O, where Google presented Android Wear, Android Auto, and reintroduced Android TV to the world, questions began springing up left and right. I saw the same question asked by different people all over social media. The question is, will OEM skins be used on these new platforms that Google has announced. This got me thinking a bit. Will Samsung really try and do something horrific with Android TV? What would happen to an OEM skin in any of the Android Auto participants?

Thankfully, Google has come out and stated that OEM skins will not be allowed for Android Wear, Auto, or TV. This has me, and many others rejoicing. The biggest issue that I have is the same issue that I have with TouchWiz. If I purchase an Android TV, or in the future, Android TV is built into whatever TV I’m purchasing, what is going to happen to the Android UI? How bad will it become? Yes, I know I’m being pessimistic, and someone could come out and build something great to go over the Android UI, but I don’t think it’s necessary, and I wouldn’t want to take the chance.

“The UI is more part of the product in this case. We want to just have a very consistent user experience, so if you have one TV in one room and another TV in another room and they both say Android TV, we want them to work the same and look the same… The device manufacturers can brand it, and they might have services that they want to include with it, but otherwise it should be the same.”

This right here is EXACTLY how I feel about Android as a whole. Why have two different manufacturers, with two different skins on top of the same base? Nine times out of 10, the devices will not work cohesively, and it will end having a negative impact on the consumer, which is bad for everyone. Another worry that I had was that Samsung was going to try to do too much with their Samsung Gear Live, and make it an unusable experience for someone who wants to get that watch, specifically.