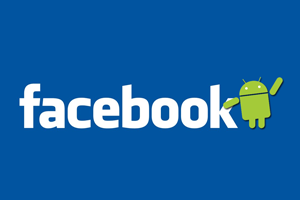 The Hatfield and McCoy feud that is Google and Facebook seems to have cooled a tad.Â  Well, by that we mean the official Facebook app is coming to Android shortly.Â  Perhaps even in the next few days.

We’ve seen some excellent Facebook titles for Android so far in apps like Bloo and Babbler so it will be interesting to see what happens once the real deal arrives.Â  Will people continue to pay for these if and when a free one comes from the company itself?Â  They might if TechCrunch’s tipster is right.Â  They claim the app is missing the inbox and other features that are in the iPhone version.Â  However, the app uses Facebook’s new Stream API, which is essentially all one needs.

Reportedly, Facebook still doesn’t even have their own in-house Android developer, let alone team. Google was kind enough to offer up one of their own from the Android team.Â  Look for more big name apps like these to start showing up now that Android is become more viable by the day.