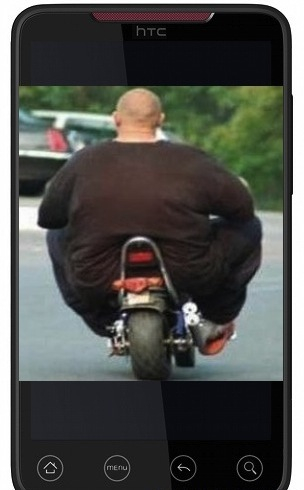 Last night at the HTC Aria Event in Chicago, fellow AndroidGuys writer Chuck Falzone and I were fortunate enough to converse at length with a high-ranking member of HTC’s Media Relations department. During our conversation, said individual was kind enough to address the issue regarding the 30FPS limit imposed on the HTC EVO.

We were advised that the frame rate cap is hardware related, although the cap itself is imposed by the EVO’s software. The reason for the limitation is directly related to the EVO’s HDMI port, which, we were told, requires a sizable portion of the Snapdragon processor’s output in order to operate. Subsequently, a limit needs to be placed on the amount of the processor’s output that is allocated to the display.

Earlier in the week, I contacted HTC via email regarding the 30FPS limitation. I was informed that, “[HTC] is investigating the viability of claims that that limitation of 30FPS can be overcome by software changes.” HTC claims that, because most TV shows and movies are filmed at either 24FPS or 30FPS, the vast majority of users will never notice the 30FPS cap. However, when scrolling through the content on a webpage or swiping between home screens, the 30FPS limitation becomes quite noticeable. Furthermore, considering how infrequently the HDMI port is used on the EVO, one would assume that the screen’s frame rate is more important that the HDMI port.

Now that it has been confirmed that the 30FPS limitation is hardware related but imposed by the phone’s software, I expect HTC to release an update that automatically adjusts the EVO’s frame rate when an HDMI cord is inserted into the phone.

UPDATE: Read the latest on this subject!