Can you believe it has been a year since we first learned of the OnePlus One smartphone? That’s right, the little upstart flagship killer that has been the source of so much turmoil, backlash, and adulation is a year old.

Today sees a few headlines coming out of the OnePlus neck of the woods. For starters, the handset is available for anyone and everyone to purchase. While supplies last, that is. It’s not clear how long the OnePlus One will be sold to all comers but we’re glad to be rid of the invitation system. If interested, you can buy the 16GB Silk White and 64GB Sandstone Black versions of the OnePlus One for $299 and $349, respectively. 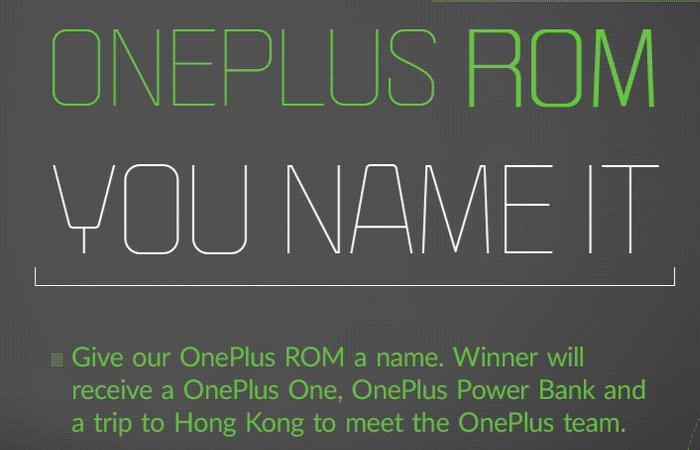 In addition to the open sales, OnePlus has introduced a new 10,000mAh power pack. Arriving “soon”, the $15 Power Bank comes in the same Silk White and Sandstone Black and packs a pair of 5V/2A USB ports.

Looking down the road, OnePlus is going to roll out its own custom ROM. Promised to be bloat-free, highly customizable, and close to stock Android, it’s due “sooner than you likely expected”.

To help celebrate all of the festivities and changes OnePlus is hosting a contest to name the ROM.

The person who ultimately names the OnePlus ROM will receive a 64GB Sandstone Black OnePlus One and a trip to Hong Kong to check out the company headquarters.