A few days ago, OnePlus announced on Twitter that the Snapdragon 821 is coming our way and we will learn more on November 15, obviously hinting towards the rumored OnePlus 3T. While we wait for an official release, an interesting rumor has surfaced online.

While previous hearsay had us believe the OnePlus 3T will make it out with 6GB of RAM, The Verge now claims the phone might be the first to arrive with 8GB of RAM onboard. That’s twice the capacity on the Google Pixel and maybe a bit overboard. But this is just speculation at this point.

The phone will bring other significant updates over the current OnePlus 3. According to OnePlus’ CEO the phone will still take advantage of an AMOLED display, despite rumors flying around saying the device will ship out with an LCD screen instead, due to AMOLED shortages.

The OnePlus 3T will trade the Snapdragon 820 for a Snapdragon 821 clocked at 2.35GHz. If coupled with 8GB of RAM the new OnePlus device might be one of the fastest handsets on the market. The current OnePlus 3 features 6GB of RAM.

The phone is expected to be offered with either 64GB or 128GB internal storage. An improved 16MP camera with Sony’s new IMX389 sensor with optical stabilization should be making also be making an appearance. The OnePlus 3T will benefit from Android 7.0 Nougat with the company’s Oxygen OS plastered on top.

The new phone will also be bundled with a hefty 3,500 mAh or 4,000 mAh battery, which will bestow sufficient life.

Are you excited about the arrival of the OnePlus 3T?

The Govee Portable Lamp has a battery life of up to 3.5 hours and can display 16 million different colors including warm and cool white. Combined with the Govee Home app, it provides tons of options and support for Amazon Alexa and Google Assistant. 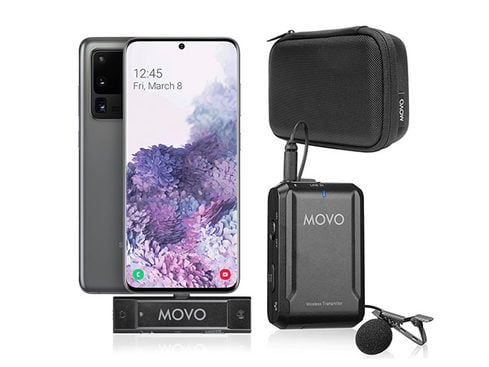 This wireless lavalier microphone is designed specifically for Android phones

The Movo EDGE-UC's omnidirectional lav mic's wireless receiver plugs into your phone via USB Type-C port to let you record right away!
Note: Select outbound links may include affiliate tracking codes and AndroidGuys may receive compensation for purchases. Read our policy.