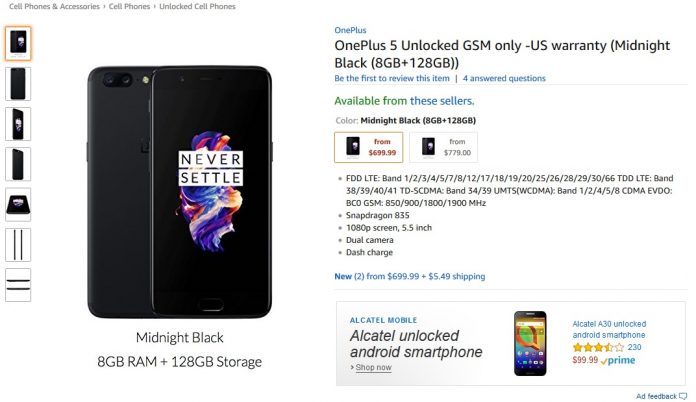 Introduced last week, the OnePlus 5 has already made an appearance on Amazon US. But before you get all excited, we’ll have to warn you – it comes with an abnormally large price tag.

In case you don’t remember, OnePlus announced the 64GB version will be sold for $479, while the 128GB model will feature a $539 price tag. Why the discrepancy between pricing schemes? We’re not really sure, but it might have to do with the phone being available earlier.

OnePlus announced the new flagship will become available on its official website starting June 27 (which is tomorrow). A few early adopters were given the chance to get the phone before everyone else after the OnePlus 5 announcement ended. 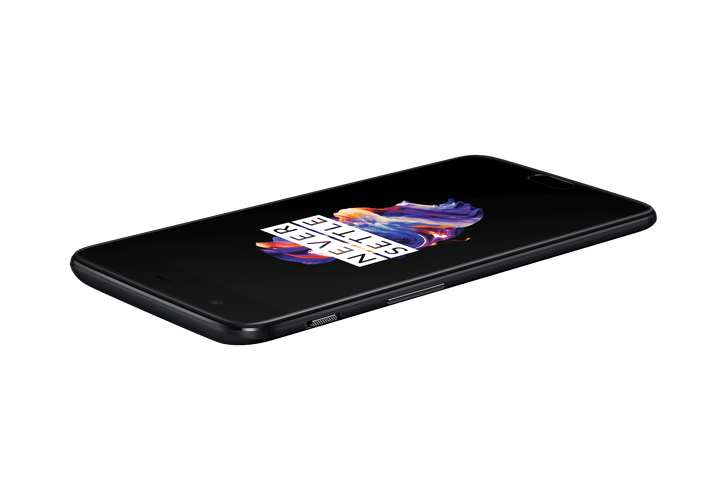 The company also hosted a few so-called “Pop-up” events around various major cities from across the world, allowing fans in the area to purchase the device ahead of everyone else.

But if you’re still waiting to get your OnePlus 5, we recommend you wait until the phone goes official tomorrow.

OnePlus 5 was unveiled just last week and arrives with a 5.5-inch FullHD display (1920 x 1080) and a new Snapdragon 835 processor on the inside.The product boasts a new dual-camera setup system comprised of a main 16-megapixel sensor and a secondary 20-megapixel telephoto lens. It ships with Android 7.1.1 Nougat with Oxygen OS laid on top and also includes a 3.5mm headphone jack.

Are you getting the OnePlus 5?