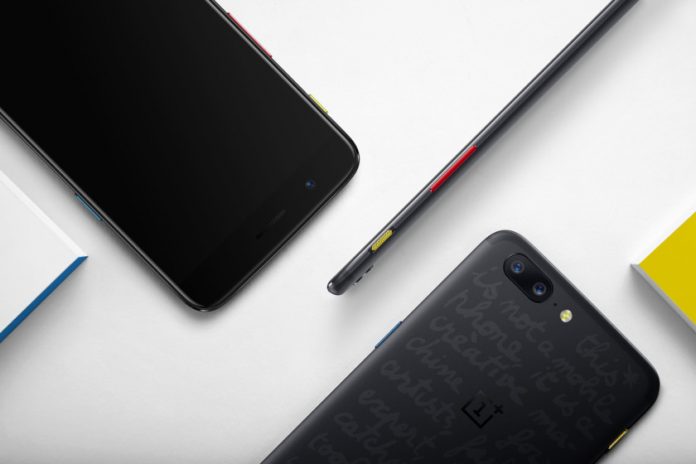 On top of that, the phone’s back has been adorned with a piece of text which reveals what OnePlus and Castelbajac’s were trying to achieve with the limited edition OnePlus 5 – to combine technology, art, and fashion. The phone will launch on September 22 at 10 am CEST during a Pop-Up event at the Colette fashion boutique in Paris. 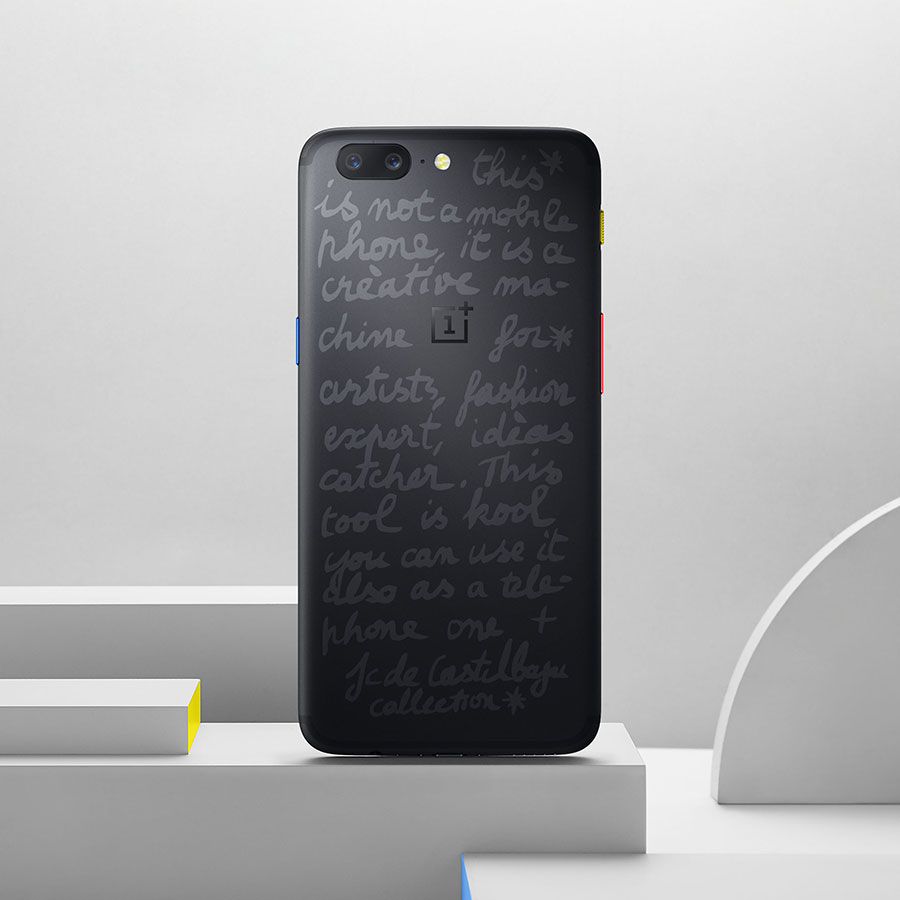 The OnePlus 5 JCC+ limited edition will be available only in an 8GB of RAM + 128GB storage configuration, while the rest of the specs remain the same. Hence, the device will ship with a 5.5-inch fullHD display and Snapdragon 835 processor just like the standard model.

Fashion techies will also be thrilled to know that the OnePlus will be selling related accessories including limited edition t-shirts, tote bags, caps, and holsters – all designed by Jean-Charles de Castelbajac.

While the phone will be available for purchase only in Europe (for approximately $670 a pop), the accessories will be offered to OnePlus fans in North America, Europe, China, and India. You can also download a set of designer wallpapers for your phone from the official OnePlus website.

Starting October 2, customers will be able to grab the OnePlus 5 JCC+ limited edition in Europe via the OnePlus.net website. The t-shirts will also go on sale on the same date for $29.95, as well as the tote bags for $24.95. The rest of the apparel will go on sale later this year.