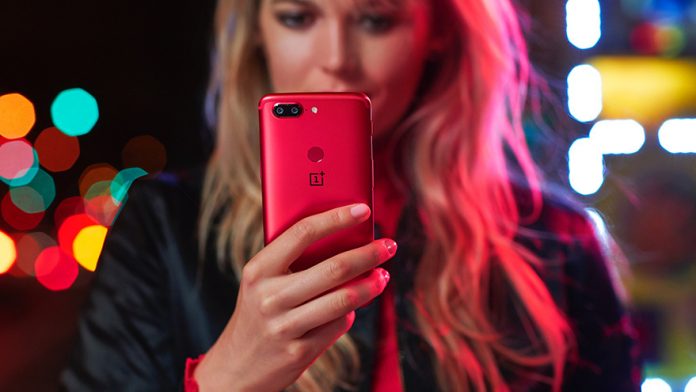 Rumors of a bright red OnePlus 5T Star Wars edition surfaced just a few days before the flagship was official introduced. But during the launch event, OnePlus stayed mum on the matter.

Well, today – several weeks after the OnePlus 5T made a debut – the company announced a Lava Red version of the OnePlus 5T in China. Yeah, it’s not exactly the Star Wars edition we were expecting, but it’s good enough. A new color variant is an welcome addition, especially since at launch the OnePlus 5T was only made available in Midnight Black. Unfortunately, OnePlus did not provide any details about extending the availability of the Lava Red phone to other markets. However, we dare speculate the sleek color variant will become available outside China at some point.

The Lava Red OnePlus 5T will be offered with 8GB of RAM and 128GB of storage and $559 price tag. Spec-wise, the Lava Red model is the same as the Midnight Black one.

Which means you’ll be getting the same 6-inch bezel-less display with 18:9 aspect ratio and FHD+ resolution. The fingerprint sensor now lives on the back of the phone and so does the dual-camera which shed the secondary telephoto lens in favor of a low-light camera. The phone also includes a new Face Unlock feature and ships out with Android 7.1.1 Nougat out of the box.

As a fun fact, OnePlus introduced the Lava Red phone on the same day that Samsung officially announced the Burgundy Red version of the Galaxy S8 which for the time being is exclusive to South Korea. So, which one do you prefer?