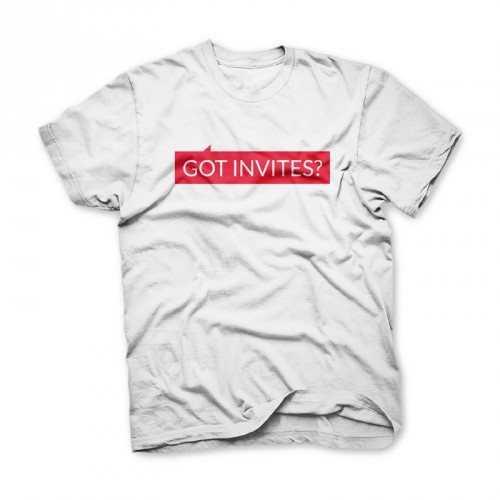 If you’ve been looking for an invite to buy one of most talked about phones of the past year, then get ready, because OnePlus recently announced (somewhat redundantly) that they will be selling t-shirts that include invites to buy the One.

The shirts are going for 20$ each and they come in sizes from small to XXL. The shirt is plain white with a small OnePlus logo on the back. The “Got Invites?” logo on the front of the shirt was meant to be taken as satire, but has instead disgruntled many fans who simply took it as another reminder of the painful OnePlus invite system. In retrospect though, asking consumers to buy the right to buy your products is probably not the best plan to gain supporters anyways.

Currently we cannot suggest buying the shirts as a tactic for invites though, as OnePlus is currently having their 1 year promotion, removing the invites system, at least temporarily. While the system may return, the invites from the t-shirt sales last only 24 hours, so the best time to pick up a OnePlus One would be now free of any hassles (hopefully).

As is standard with the company, OnePlus has not yet announced a specific date for the sale of the shirts, but advertises it as “coming soon” on their official site.