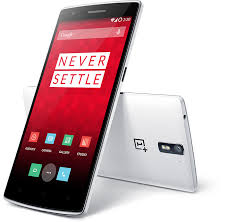 OnePlus, a subsidy of Chinese phone maker Oppo, has published a statement that the highly anticipated One unlocked phone will become generally available to the public this June. In the oneplus.net forums, OnePlus has stated:

“When we started OnePlus, one of the first things we announced was that our product would be available internationally in Q2 2014. We’re well on track of achieving that….”,

In addition, the OnePlus project has highlighted the below milestones which show the progress of the various phases.

The One’s media is touting the device as a almost-pure Android device that has (initially) impressive physical build and specifications, while still being priced at $299 unlocked.

You can find previous AG news one the OnePlus One here.