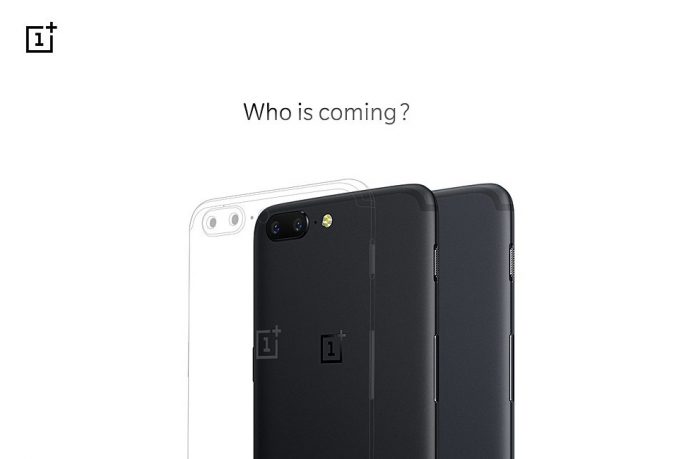 At launch, the OnePlus 5 was made available in only two color options – Black and Gray. Bummer right? Especially since the two version look so very similar. Luckily, it seems a third color variant might be on its way.

OnePlus shared a teaser image via their official Weibo account which shows the two existing color options, alongside a third colorless one.

A while back, a listing on TENAA revealed a “mint gold” version might soon be introduced. However, something more exciting might be in the works.

Remember that prior to the official OnePlus 5 launch, OnePlus tweeted an image of four different colors with the caption: “What 5should the color of your next phone?”. The four options included black (check), an appealing mix of aquamarine and magenta (yes, please!), deep red and a darker shade of gold (possibly “mint gold).

What 5hould the color of your next phone be? 😉 pic.twitter.com/5FevP1VSq5

We’re really hoping OnePlus will end up unveiling a more atypical coloring option than the pretty much standard Gold option (which was available with the OnePlus 3T).

Apart from that, the update includes the July Android Security Patch, a newer version of the Google Mobile Services package, as well as the usual host of bug fixes and improvements (in the Wi-Fi connectivity and battery departments).