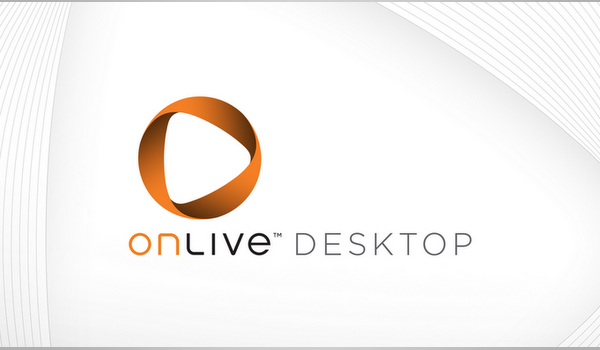 OnLive released a new Android application into the market today which should appeal to business users and students alike.  Called OnLive Desktop, it’s premise that somewhat resembles their gaming app and service already available in multiple formats.  In this case it’s cloud-based/remote access to PC files from Microsoft Office and Adobe Reader.

Users can download and install the application on Android devices running 2.3 and higher, including and especially for tablets.  There are a number of accounts one can choose from including free, $4.99/month and $9.99/month.

Palo Alto, CA – March 1, 2012 – OnLive, Inc., the pioneer of instant-action cloud computing, is pleased to announce that its revolutionary OnLive™ Desktop App is now available for Android® tablets, bringing full Microsoft® Office apps, Adobe® Reader® and, with the OnLive Desktop Plus service, gigabit-speed1 accelerated browsing regardless of the tablet’s local Internet speed and local computing capability. The free OnLive Desktop App, released in the Android Market to select Android tablets2, delivers no-compromise, media-rich, instant-response Windows® applications including Microsoft® Word, Excel® and PowerPoint® software and Adobe Reader for PDFs, along with 2GB of cloud storage. OnLive Desktop Plus, available for $4.99/month at www.desktop.onlive.com, provides all OnLive Desktop Standard features plus OnLive’s gigabit-speed accelerated browsing experience. Already available on iPad® and coming soon to smartphones, PC, Mac®, TVs and monitors, OnLive Desktop delivers instant access to your personal desktop on all devices, so that if you use OnLive Desktop on Android, and then later use it on iPad, you will have the same files and browser Favorites (with OnLive Desktop Plus) on both tablets, with automatically-adjusted screen resolution.

OnLive Desktop Plus brings the world’s fastest browsing experience, whether over Wi-Fi- or 4G LTE-connected Android tablets. Regardless of your local connection speed, even the most complex websites—including ones that would take minutes to load over your local connection—load in seconds, instantly delivering fully interactive animation, video and sound. A 50 megabyte file from cloud storage (e.g., Dropbox) or a 15 megabyte attachment from Web email (e.g., Gmail™, Yahoo!® Mail, etc.) can literally download or upload in less than a second, resulting in an utterly transformative Web experience. And, despite the astounding speed improvement, OnLive Desktop Plus can dramatically reduce Web browsing data usage, since only the top layer of the currently visible part of a website is ever sent over the local connection. Essentially, OnLive Desktop delivers only what you can see or hear at a given moment, potentially reducing data usage by a factor of 10 or more.

The free OnLive Desktop app is available for select Android tablets and iPad now in the United States. Smartphones, PC, Mac and monitor/TV support (via the OnLive MicroConsole™ thin client with Bluetooth keyboard/mouse) are coming soon—with your same OnLive Desktop available by login from any device. Support for the United Kingdom and other countries is coming soon. OnLive Desktop can be accessed anywhere, on any device, at any screen resolution, preserving application and browser files between devices.