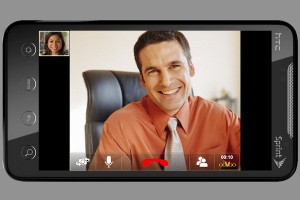 Gigaom.com is reporting today that ooVoo, maker of desktop chat clients, has decided to throw their hat into the ring of those software developers who are releasing apps trying to take advantage of the front facing cam craze taking places on mobile devices recently.

What is making the ooVoo app unique from other vid chat clients is the ability to chat with a person who is using a desktop client, and the ability to have more than two parties on the line.  ooVoo is claiming you can have up to six people at once.  That is a pretty tall order, especially since ooVoo lets you use 3g to broadcast.  But it seems like it demoed well.

A quote from the writer who had the ooVoo app demoed to him on a Galaxy S device (we are guessing the Epic, since it is the only US one with a front facing cam):

I got a demo of the application on a Samsung Galaxy S mobile phone provided by ooVoo and can say I was very impressed with the quality of its video chat service, even with four parties online and on Sprint’s 3G network. When I boosted the signal by signing on to my home Wi-Fi network, the quality was even better.

The ooVoo app for Android is not yet out yet, but once it does come to the surface, we will be on top of testing it out to let you know how it all works! 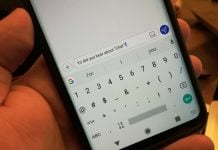