Japanese social networking company Gree Inc. in an attempt to expand international business has agreed to purchase Openfeint for $104M. Openfeint is best known in the Android community for it’s integration into the popular game, Fruit Ninja. OpenFeint currently has an estimated 75 million users, and expects with GREE it will reach 100 million users around the world. OpenFeint’s team plans to remain with the company, including its founder and CEO, Jason Citron. Jason had this to say in a letter he published for the Openfeint team:

“While this is certainly a proud moment for our young startup, it is really a high five to you guys, our game developer community,”

Citron also goes on to say.

“Simply put, we are stepping on the gas pedal. The entire OpenFeint team is staying on and will continue building the platform that we launched together two years ago,”

As of April 2011, GREE has 7 titles, including “Tsuri-Sta,” a socially connected fishing game  which was world’s first mobile social game released in May 2007. GREE has plans to open offices in Beijing, Singapore and London this year. In order to accelerate overseas business, GREE, Inc. established its U.S. branch in January 2011 in San Francisco.

I know we all look forward to what this will bring to the Android Community in the way of future advancements in Android Gaming. 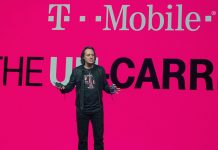