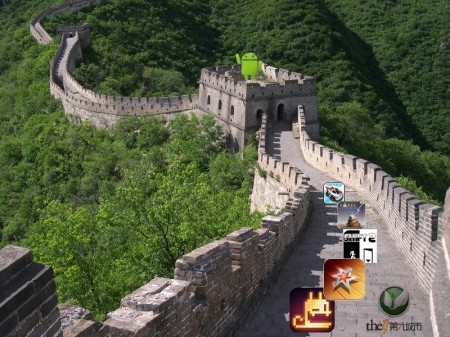 In recent months, game developers from across the Western World have been slowly breaking into the vast Chinese gaming market thanks to OpenFeint and their Chinese gaming partner The9. Together their partnership and gaming platform “The9 Game Zone” has managed to set an unprecedented achievement: the distribution of 60 live games across 30 app stores in China in just 3 months. Major Western developers such as Glu Mobile, THQ, Handygames, and HyperBees have all adopted “The9 Game Zone” platform and view it as an excellent tool for developers looking to launch their games in China.

“The9 is an outstanding partner for game developers looking to enter the China market. With a presence in 30 app stores and a China-specific social network powered by OpenFeint, The9 Game Zone is a great platform to launch a game in China,” Christian Guillemot, Founder and CEO of Advanced Mobile Applications (AMA) commented.

Back in March, the two companies also announced their plans to help developers port their iOS apps over to Android thanks to a $100 million developer fund entitled “Fund9.” Applicants of the Fund9 initiative would have their games reviewed by the two companies and only a select few would be chosen based on developer talent, game quality, experience and past download performance. After months of consideration, the two companies are proud to announce the first five set to receive funding and have their games ported, sold globally and then localized for the China market and exclusively published in Mainland China.

The first five selected games and their respective developers are as follows:

The Fund9 initiative is still ongoing and they continue to review top-rated, high-quality mobile games for entry. Developers interested in the process can email [email protected] for more information.

Astounding strides are being made by these companies and developers alike as they pave the way towards a truly global gaming marketplace. Kudos!