OPPO may not be among the world’s top selling mobile brands, but the Chinese manufacturer has been known to release devices with unique features such as rotating camera sensors (the OPPO N3) and VOOC Flash Charging technology. The wired quick charging technology used in many OPPO devices is capable of charging 70% battery in just 30 minutes. Now, the company looks set to launch a new wireless charging standard at Mobile World Congress 2016. 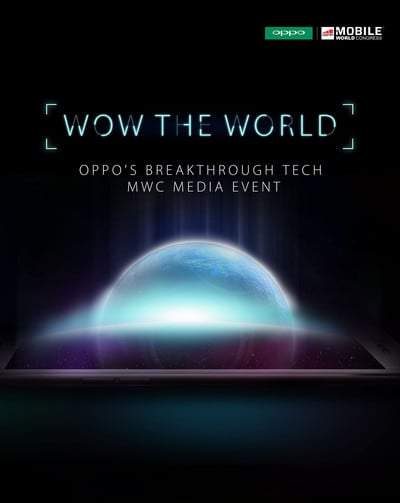 According to the press teaser for its MWC event on Tuesday, OPPO will be unveiling a technology that is going to “Wow the world!” While the teaser doesn’t reveal much, sources say that OPPO is likely to announce the next generation of its popular VOOC Flash charging. Considering the popularity and scope for improvement in wireless charging options available today, it’s very likely that the announcement is related to a VOOC solution for wireless charging.

While this technology sounds like an exciting prospect, the speculations are based on just a teaser. However, the teaser mentions a “groundbreaking power solution,” which adds fuel to the fire. We’ll have to wait unit February 23rd for the official confirmation, when the company is holding a press conference in Barcelona.