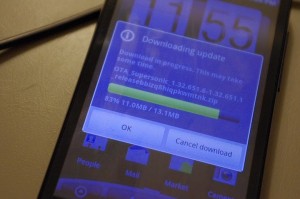 Sprint and HTC have put together an over-the-air update (1.32.651.6) to address a known issue involving memory cards.  The problem that some were running into was that the EVO 4G had trouble locating and/or writing to the microSD card which also locked the phone up.  While this was not a widespread problem, it’s still not something you really want to encounter. It was just yesterday when a statement went out acknowledging the situation.

“We have identified the cause of the memory card issue and are testing a solution. We expect to have a software solution available very shortly that will be automatically pushed to phones over the air.”

Very shortly means today.  If you have a Sprint EVO 4G you are advised to keep an eye out for the update.  Now, those of you who already rooted your EVO 4G… you are going to want to avoid this update.  According to unrevoked, it “may patch the root hole we’re using. Don’t install any OTA updates yet!”