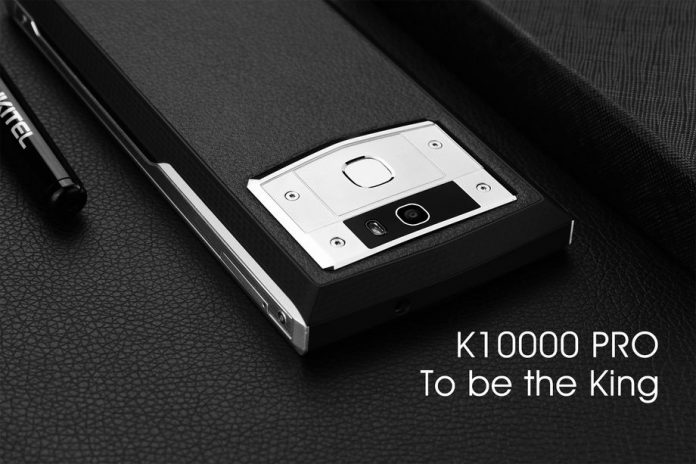 There aren’t many phones today that features batteries larger than 4,000 mAh. The ASUS ZenFone 3 Zoom, which recently launched in the US, is one of the exceptions to the rule with its 5,000 mAh juice box.

But what if you could have double of what the ASUS ZenFone 3 Zoom brings to the table? You will soon be able to. Obscure Chinese brand, Oukitel is planning to launch a new phone this summer, one which will come equipped with a massive 10,000 mAh power source.

The yet-unreleased Oukitel K10000 Pro is poised to make a debut with a 5.5-inch display with 1920 x 1080 resolution and a octa-core MediaTek CPU clocked at 1.5GHz. The product will also feature 3GB of RAM and 32GB of internal storage – with no mention of microSD card slot. Judging by the teaser image, the phone will have a fingerprint sensor living on the back.

Oukitel claims the battery inside the device takes only three and a half hours to fully charge thanks to the flash 12V/2A charger which will accompany the phone. Furthermore, the K10000 Pro is advertised as being able to last up to 15 days without needing to be recharged.

No info has been shared related the photographic capabilities of the phone (although a dual camera setup doesn’t appear to be in the cards) or the operating system onboard. Hopefully it’s going to be at least Android 7.0 Nougat and not Marshmallow. We don’t how much the device will cost either, but we can tell you the Oukitel K10000 was priced at $200.