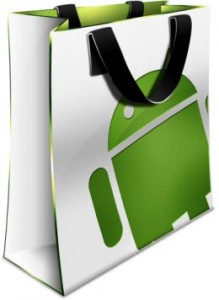 We all know the Android Market’s bad rap: developers can’t make money on paid apps. Rovio said so. Larva Labs said so. Even Google said so recently, admitting that the number of paid app purchases are not increasing as they should with the increases in use of Android in general. So it must be true, right? Should Android developers forget about paid apps and just monetize with ads?

Well, maybe not. There are counter-examples to the conventional wisdom, examples of developers whose paid apps have generated a decent chunk of revenue. This series of posts will look at a few examples, including one developer who brought in more than $150,000 in revenue in less than a month from a single app.

ADWLauncher EX, the highly customizable home replacement by AnderWeb, hit the Market on December 24, 2010, selling for more than $3.00, and topped 50,000 downloads in mid-January. Though specific revenue numbers are not available, it’s clear based on price and downloads alone that the app managed to generate more than $150,000 in its first month on the Market. And that despite being in a category with strong competition.

How did he do it? The developer already had a loyal user base for the free version of ADW Launcher and his other apps, which have been on the Market for several months.  When news of the paid version hit, users who already trusted his work responded quickly.

But despite the success, the experience has not been entirely rosy for AnderWeb. He noted that hundreds of orders each day are cancelled by Google (i.e. not user-requested refunds) due mostly to users whose banks do not allow transactions in another country’s currency. For U.S. developers, recent Market changes should address this issue, but international developers like AnderWeb will have to wait for the changes to roll out more widely. Additionally, Google Checkout’s vendor interface does not provide him with sufficient data on his sales to get tax information he needs to report.

Keep an eye on AndroidGuys in coming days for more case studies of developers whose paid apps have paid off. And you’ll find even more examples in this list of dozens of apps that, based on price and minimum download numbers, have each generated more than $100,000 in revenue.*

*Assumes the current price is representative of the price over the course of the time the app has been available and doesn’t take refunds into account. The list was manually compiled and is not exhaustive.