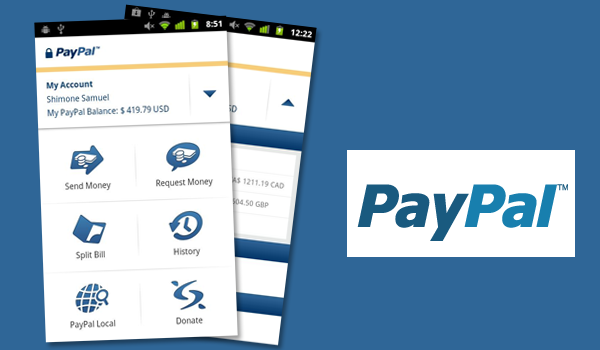 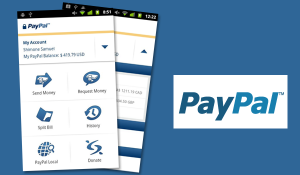 PayPal updated its Android application to v3.0 this morning and tossed in a number of handy features, most notably the ability to use NFC for request money from friends and other users. The new version also provides a completely overhauled landing screen, an easier way to send money, and auto-complete based on your address book.  Of course, what would an app update be without the requisite bug fixes and stability improvements?  Yep, those are here too.

In order to use the new NFC feature you and a friend will each need any NFC-enabled Android phone and the PayPal app with the Request Money widget installed. Requesting money is a simple process: just enter an amount, and then tap phones. Once your friend receives the request they simply enter their password to send money.

It’s no secret that everyone’s talking about NFC, and rightfully so. It’s a really interesting technology that could be one of the ways people will pay and get paid, but that’s all it is – a technology. As we just showed at the PayPal shopping showcase in New York the future of shopping is much more than just NFC.

At PayPal, we’ve been working with NFC for some time and we realized that one of the most immediate ways it could be used was to make it easier for friends to just tap their phones together to pay each other. We have had this facility using Bump for many months but using NFC is even easier (for those with NFC enabled phones).

This summer we announced plans to unveil our own peer-to-peer (P2P) NFC solution and today I’m happy to report that those capabilities are now live with the 3.0 release of the PayPal Android app, which you can download now from the Android Market.

In order to use the new NFC feature you and a friend will each need any NFC-enabled Android phone and the PayPal app with the Request Money widget installed. Requesting money is a simple process: just enter an amount, and then tap phones. Once your friend receives the request they simply enter their password to send money.

For the techies among you, we use NFC P2P mode. This means the PayPal app can work with the dozens of NFC enabled phones out there today, not just the Samsung Nexus S. Also, we maintain our industry leading security because financial information (your digital wallet) is stored in the cloud.

As with every app update, we always look to improve performance and reliability, add new features and respond to customer requests. With this new release of our Android app, we’ve redesigned the landing screen, simplified the process for sending money, and added some nifty features like auto-complete from your address book. We’ve also got some great improvements for our international customers in Europe plus PayPal customers in Brazil can now take advantage of all the features we offer there as well.

Each one of our engineers, quality testers, designers and writers take ownership and pride in what they do. Without a doubt, the themes for this latest release are stability, performance, and ease of use, all of which are critical to the customer experience. Some of these you will notice right away and some you’ll only notice over time as the simplicity and speed of the app has you using PayPal wherever you are, whenever you want. Stay tuned, because we’ve got plenty more on the way!

In the meantime, get the updated app from Android Market now, and feel free to check out www.PayPal.com/mobile for more information. If you already use the PayPal Mobile Android app, thank you, and don’t hesitate tell us what we can do to improve it further here in the comments. 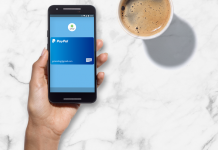 Want to use PayPal with Android Pay? Let us show you how 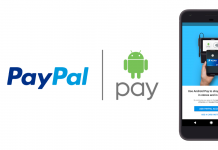 Android pay and PayPal: A new way to pay