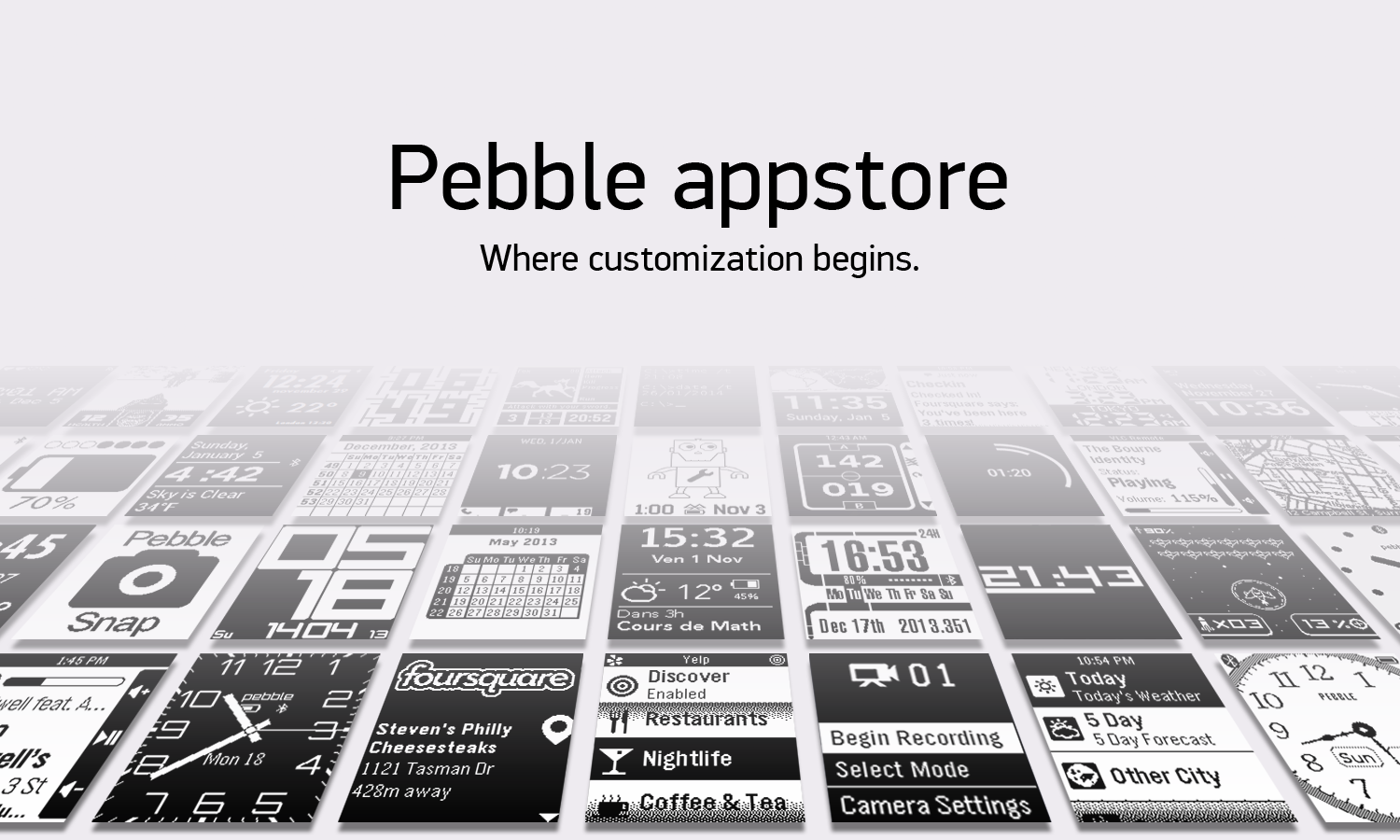 Pebble promised to release its new appstore to the public Monday and it kept its word… sort of.

If you’re on an iOS device, you can download the updated Pebble app from iTunes that has the appstore baked in, but Pebble is still fine tuning a few things before releasing the final version for Android.

If you’re okay with a buggy version though, the company has released a beta appstore for Android through its developer blog and says that with everyone’s help, they should be able to finalize the app quickly.

Some known issues are with the pairing process, an app or watchface cannot be configured if it’s running on your Pebble, Android developers might have Android dev options of “Limit Background Processes” and “Don’t Keep Activities” checked that need to be unchecked or disabled to use the Pebble app and the mobile app shows a “Settings” icon for all JavaScript apps, even if they are not configurable.

If you do download the beta, or get it once the final version is available through Google Play, you’ll see that the store is laid out in different sections for apps and watchfaces, and has subsections under apps for Tools & Utilities, Notifications, Remotes, Fitness, Games, and “Daily” applications. This should make it much easier to find and install apps than before, when you had to sideload or use third-party app stores.

Hit up the link below for more information about the Android appstore beta.