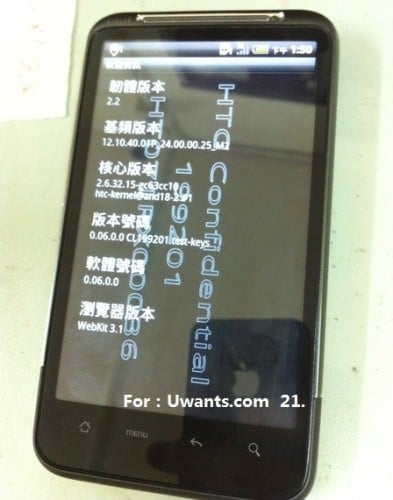 Images of the supposed HTC EVO for Europe have surfaced over the weekend (see the photo above).  Also referred to as the “HTC Ace” in Vodafone’s inventory system, the phone is set to be a monster(if it exists that is). It really looks like a blend of the HTC Desire and the HTC EVO 4G. Quite a beast.

According to those in the know, this handset will have a 4.3-inch WVGA touchscreen, Android 2.2, an 8MP camera, 1Ghz processor, 720p video recording, 4GB of storage built in, and aluminum case (just like the HTC Legend) and all the other goodies we now expect. In other words, this will have it all folks.  However, before we jump to any conclusions, we should be honest and let everyone know that this phone may or may not exist.  Just a rumor at this point.

If it is real though, who wants one? Let us know!