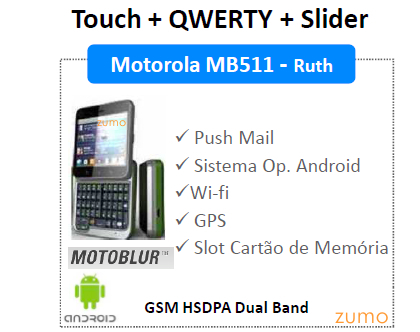 We learned back in January that Motorola had an MB511 handset in the works thanks to the sleuths at cellphone signal.  At the time, we speculated that the design might look something like a Motorola Q.  We’ve also been gathering bits of information lately on the oddly-designed ‘Flipout‘ smartphone.  The folks at zumo (translated) have posted an image that indicates that the two phones are one in the same.

Not groundbreaking by any means, but it’s nice to see the puzzle coming together for this phone.  So far we’re hearing the Fliopout will be Android 2.1 with an updated version of MotoBlur and will have hardware that includes the following:

We’ll find out soon enough whether the rumored June release is correct!